Breaking News
Home / Faith / What is a Generational Curse? 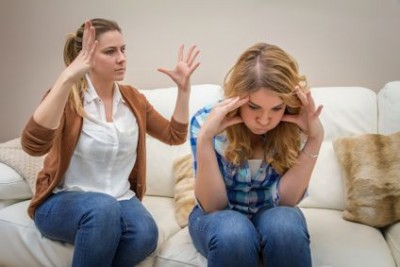 What is a Generational Curse?

The reality of blessings and curses is a theme that runs throughout the Bible. These concepts are not mere superstitious beliefs, but truths that impact our lives. A curse is a supernatural force that works to bring harm and destruction to us, and/or hinder us from receiving the blessings of God.

Just as we receive a natural inheritance from our parents—physical traits that are passed down to us—we also receive a spiritual inheritance. This spiritual heritage includes both blessings and curses. Exodus 36:7 says that God visits “the iniquity of the fathers upon the children and the children’s children to the third and the fourth generation.” What this means is that the sins that parents do not conquer will be ones that their children are more susceptible to and prone toward.

Consider Abraham, Isaac, and Jacob. Many generational blessings were passed through this family line; but there was also a sinful pattern that went from one generation to the next. Out of fear, Abraham lied to king Abimelech about Sarah being his wife (see Genesis 20). Years later, his son Isaac fell into the exact same trap of deception (see Genesis 26). And we all know that Jacob was prone to practice deceptive behaviors.

Another example is David. He fell into the trap of sexual sin, multiplying wives against God’s command (see Deuteronomy 17:14-17) and committing adultery. This was the very area that ended up being the downfall of his son, Solomon.

Generational curses include sinful patterns as well as destructive behaviors that continue through a family line: sexual sin, addictions, lying, abuse, suicide, occult activities, idolatry, and more. They also can include physical and mental sicknesses that are passed down. On multiple occasions, I have seen people receive physical healing when generational curses were broken.

When speaking of how He defeated the enemy nation of the Amorites, God described it as the destroying of a tree: “Yet I destroyed his fruit above and his roots beneath” (Amos 2:9). Generational curses are roots beneath the surface that are causing bad fruit above. If you deal with the fruit, but not the roots, the patterns will continue.

When Jesus died on the cross He paid the price for us to be set free from all curses. Galatians 3:13-14 says, “Christ has redeemed us from the curse of the law, having become a curse for us (for it is written, ‘Cursed is everyone who hangs on a tree’), that the blessing of Abraham might come upon the Gentiles in Christ Jesus.” As believers in Christ, we do not have to live under the power of any generational curse! In my next article, I will describe how to break free from their grip.

Can you identify any generational blessings or curses in your family line?

Jake Kail is a teacher, author, and speaker who is passionate for the kingdom of God. He was called into ministry during his college years, after a life-changing encounter with God. The focus of his ministry is on teaching and equipping believers, strengthening local churches, and seeing awakening and restoration come to the church. He also ministers often in the area of deliverance from evil spirits, seeing people set free from bondage, torment, and oppression. Jake is the author of three books: Restoring the Ministry of Jesus, Can a Christian Have a Demon?, and Abiding in the Vine. He speaks at churches, retreats, conferences, and other venues. Jake lives with his wife and family in Lancaster, PA where he serves on the pastoral team at Threshold Church. Check out Jake’s website and blog here: http://www.jakekail.com.
Previous Living Life Sober-Causes and Symptoms of Dry Drunk Syndrome
Next How Do You Get Your Spiritual Food?