Breaking News
Home / Faith / What Is a “Just War”? 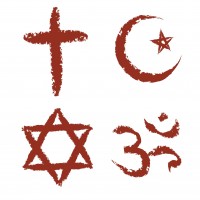 “The rest will hear and be afraid, and will never again do such an evil thing among you. Thus you shall not show pity: life for life, eye for eye, tooth for tooth, hand for hand, foot for foot.” Deuteronomy 19:21

Part of the current conversation about Islam is its insistence on endorsing and fighting a new Holy War, against all those who deny Islam, Mohammed, and their god.  Many in this country have said that the Muslim dogma on what they perceive as a “just war” is the same thing that the Israelites conducted back in the Old Testament period.  In making this comparison, the result they seek is to convince Americans (Christians and non-Christians alike) that we cannot specifically denounce what current Islam is doing without also denouncing the “violence” that God’s people perpetrated thousands of years ago.

“God’s purpose was to have one single group of people who would represent God on earth through the centuries, forever: the Jews. Without the Jewish people, the Judeo-Christian ethic would be unknown, and barbarism would be the norm,” states Bishop Heyward B. Ewart, Ph.D., D.D.   Bishop Ewart is the Chancellor of St. James the Elder Seminary (http://www.stjamestheelder.org/Home_Page.php). “The exact time period is not known when God ordered death to the enemies of the Jewish people except that it was during the senior years of Moses’ life.  We do know that the Jews are called ‘the Chosen’, selected to reveal the one true God to the world.”

Biblical scholars, and other historians, declare that there are numerous differences between the ages-old edicts regarding the Jews, versus the 21st century “fatwa” being agitated by a small group of Muslims. For instance, the “just” violence promoted by God had an end. His assistance in battles ended as the Old Testament drew to a close. In contrast, Islam preaches that ongoing violence against non-believers must continue until the entire earth is under Islamic control.

“The enormous difference in today’s ungodly, evil wars, is that they are created by truth haters, the literal descendants of Cain, who tried to shortchange God with an imperfect sacrifice. Then, powered by hateful jealousy, he slew his brother, Abel,” argues Bishop Ewart. “The present-day Muslims, those born into the faith, still oppose the will of God, and the will of God always conforms to the truth.”

“All of the above has a bearing on the concept of free will. Such must exist in order to enable genuine love, which must be a choice. No-one can be forced to love another, and no-one can be forced to love God,” explains Dr. Ewart when questioned about how Islam sometimes attempts to “force” others to convert and worship its god. In contrast, Christians are not physically forcing others to worship Jesus.

There are many difficult and troubling questions that must be answered in today’s world. We must always seek the truth, and not be blinded by half-truths or propaganda. Christians especially need to know that simple comparisons between the violence of 2015 radical Islam and the battles of Old Testament Israelites are not applicable.

Is it possible, or fair, for Islam to have its own “just war”?

Ken Lambert, D.Min, lives with his wife and twin boys in southern New Hampshire, and has written for a variety of religious and secular publications. He is co-author of Top Ten Most Influential Christians- since the Apostles, and is an adjunct instructor for Agape Seminary (Church History, Wisdom Books).
Previous Purify Yourselves … God Will Do Wonders
Next Fishers Of Men