Breaking News
Home / Faith / Purify Yourselves … God Will Do Wonders 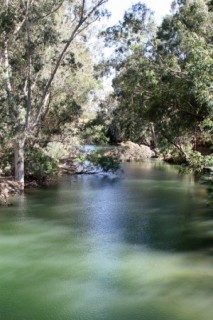 Purify Yourselves … God Will Do Wonders

A man known internationally for his ministry of healing and evangelism shared how, as a teen, he made a commitment to set aside ten years of his life to the Lord. “I decided not to pursue relationships or anything other than the work of the Kingdom of Heaven during that time,” he said. In those ten years, the Lord exalted this humble servant and opened door after door to him. And by the time the decade was over, his ministry was a household name and he had appeared numerous times on television, God also gave him the desires of his heart in the form of a beautiful wife, and later a baby boy and a little girl.

What would happen in the heart and life of a teenager or young adult who wanted to follow Jesus, but was struggling with the usual trappings of youth, if he or she made such a commitment to consecrate themselves? What if a teen asked God for a specific amount of time, and once he had heard from Heaven, committed to that?

I wish I’d been challenged in such a way when I was a teenager.

Joshua told God’s people, ”Purify yourselves, for tomorrow the Lord will great wonders among you” (Josh. 3:5). The King James says, “Sanctify yourselves,” and the American Standard says, “Consecrate yourselves.” The original Hebrew word here translated as “purify, sanctify, and consecrate” is <em>qadash, and carries the meaning “to dedicate, set apart as holy, to prepare.” It means to devote one’s self wholeheartedly to God.

The day following this instruction from Joshua to purify, set apart, and dedicate themselves, God led the people across the Jordan River and into the Promised Land! This was after generations of slavery and the wilderness wandering caused by disobedience. When the soles of the priests’ feet touched the waters of the Jordan, the water was cut off and stood up in a heap. The day was such a mind-blowing reality for God’s people, that they set up memorial stones to commemorate the event, ensuring that future generations would know the details of the power and the goodness of the God of Israel.

There is great reward in the disciplines of living the Christian walk. For those who dedicate themselves to Christ, God will do wonders among them. It might be an outright miracle, such as the suspension of physical laws like Joshua saw. It might be a tremendous breakthrough in answered prayer. It may be a promotion into a higher level of spiritual authority. Most of all, consecrating ourselves to the Lord brings about intimacy and satisfaction with the Lord Himself.

Is there something that The Lord is asking you to do right now? Are you willing to inquire of Him what that might be? What desires of your heart will He grant you when you delight yourself in Him this way?

Emily Tomko's radical encounter with the Lord while at a nightclub changed her life forever and inspired her first novel, College Bound: A Pursuit of Freedom. She is the author of seven books, including 31 Thoughts on Prophecy and Leaving the Shallows: igniting the faith that overcomes the world. Her tastes tend toward vintage and she's a Germanophile, having spent a year in Bremen and Nuremberg. Emily loves the scriptures and writes with fierce compassion and a deep desire to see people freed from the miry clay of this world and walking in the truth.
Previous What Word Offends People The Most?
Next What Is a “Just War”?