Breaking News
Home / Faith / What Is Evil Really? Who is the Solution? 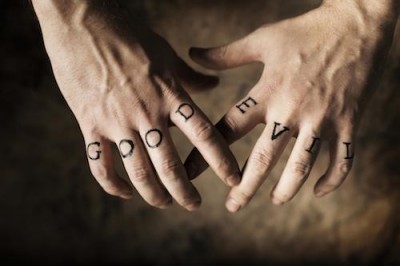 What Is Evil Really? Who is the Solution?

The world is full of evil and we have no way, it seems, to stop it or effectively deal with it. But what is evil?

Evil is defined as “morally wrong or bad; wicked”, but what does that even mean, to be morally wrong? To be morally wrong is to sin. The Greek biblical word for sin,  ἁμαρτία, ας, ἡ “hamartia”, means literally “to miss the mark”–like an archer missing the bulls eye. Sin is not always defined by moral wrongness or by breaking the rules, but is rather doing something that takes our focus off of God (the bull’s eye), and putting the focus on ourselves instead. St. Augustine put it best when he wrote:

“Sin is nothing else than to neglect eternal things, and seek after temporal things.”

So if evil is sin and sin is taking our focus off of God, who is the highest good, and is the standard by which we measure all goodness, then evil is corrupted goodness. Evil is corrupted goodness because nobody ever did anything evil just for the sake of that act being evil. Such things are done with the intention of achieving some goal, such as obtaining something or satisfying a desire. Obtaining money or satisfying certain desires are not sins in and of themselves (depending on what they are), it is in how they are satisfied that make them sins.

There are four main ways of committing sins to one degree or another; these are the sins which cry to Heaven for vengeance, and they are:

1)Murder (violence)– Genesis 4:8-10 “Cain spoke to Abel his brother. And when they were in the field, Cain rose up against his brother Abel and killed him. Then the Lord said to Cain, ‘Where is Abel your brother?’ He said, ‘I do not know; am I my brother’s keeper?’  And the Lord said, ‘What have you done? The voice of your brother’s blood is crying to me from the ground.’ “
2)  Sodomy (self-gratification)– Genesis 18:20-21 “Then the Lord said, ‘Because the outcry against Sodom and Gomorrah is great and their sin is very grave, I will go down to see whether they have done altogether according to the outcry that has come to me. And if not, I will know.’ ”
3) Oppression of the poor (abuse of power)– Exodus 2:23-25 “During those many days the king of Egypt died, and the people of Israel groaned because of their slavery and cried out for help. Their cry for rescue from slavery came up to God. And God heard their groaning, and God remembered his covenant with Abraham, with Isaac, and with Jacob. God saw the people of Israel—and God knew.”
4) Defrauding the laborer his wages (theft)– James 5:4 “Behold, the wages of the laborers who mowed your fields, which you kept back by fraud, are crying out against you, and the cries of the harvesters have reached the ears of the Lord of hosts.”

Every sin is composed of one or more of these sins. For example, oppression of the poor is simply the powerful abusing their power for their own gain. This sin can be seen at work in the sin of gluttony, where the ruling power of craving food abuses the passive body by stuffing it full of an unhealthy amount of food of dubious quality. One can also see the sin of defrauding the laborer his wages in gluttony as well, where the body’s work of digestion is not rewarded with proper nutrients due to all of the junk food eaten. Further, one can see the sin of murder in gluttony with the self-destructive acts of over eating and the health problems that accompany such things. Even sodomy, which is at its essence self-gratification, can be counted as taking part in the sin of gluttony. These four sins are working on the spiritual level to destroy the both the spirit of man and his body as well.

These sins bring down the wrath of God upon us, for they cry to heaven for vengeance. This vengeance manifests itself in the consequences brought about as a result of the sins committed.

Deuteronomy 28:15, 20 “But if you will not obey the voice of the Lord your God or be careful to do all his commandments and his statutes that I command you today, then all these curses shall come upon you and overtake you … The Lord will send on you curses, confusion, and frustration in all that you undertake to do, until you are destroyed and perish quickly on account of the evil of your deeds, because you have forsaken me.”

While those curses show up in our world to one degree or another, the consequences of sin on our spiritual lives is even more devastating. Sin cuts us off from God and the more cut off the farther away we become from God and the worse the curses become. One need only take a good look at today’s world to see the truth in this. Eventually if the relationship between sinner and God is not reconciled, the sinner will be lost to the darkness and never come to know the light of God.

How do we fix this problem? Well WE can’t, but with God all things are possible. The wages of sin is death, so only death will satisfy God’s justice. Why death? God has no need for money, and community service just does not cut it. Death puts a finality to the issue, it lays it to rest. But God does not want us to die, he wants us to live and live abundantly, so He paid the price Himself in the form of Jesus Christ.

John 3:14-19 “And as Moses lifted up the serpent in the wilderness, so must the Son of Man be lifted up, that whoever believes in him may have eternal life. For God so loved the world, that he gave his only Son, that whoever believes in him should not perish but have eternal life. For God did not send his Son into the world to condemn the world, but in order that the world might be saved through him. Whoever believes in him is not condemned, but whoever does not believe is condemned already, because he has not believed in the name of the only Son of God. And this is the judgment: the light has come into the world, and people loved the darkness rather than the light because their works were evil.”

The solution to all of our problems, whether they be personal or societal is all found in Jesus Christ.

What problems or forces of evil are you facing today? Do you feel as if you are struggling against the world, or is the evil within yourself–a repeated sin that you need to confess to Christ and let Him restore you?

Jonathan Kotyk is a student, self taught philosopher, recovering addict and born again Christian. He has spent time on both the far Left and Far Right side of the political spectrum and lives in Canada.
Previous A Chat With Kyle Petty: Victory Junction
Next Keep Hope Alive!