Breaking News
Home / Faith / When Demons Come to the Surface 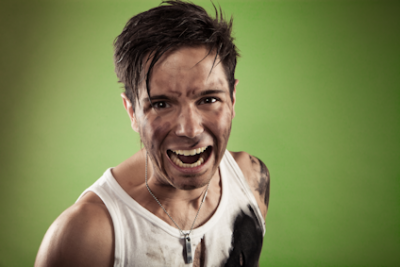 When Demons Come to the Surface

One of the ways that we can detect the presence of evil spirits is through a demonic manifestation. Having a demon does not mean that it is always showing itself in obvious ways. Evil spirits often work in subtle ways, trying to keep their presence from being known.

But when a demon manifests, it comes to the surface in a more visible way. Many times in the gospel accounts, we see demons manifesting outwardly through a person. But it is important to note that this is not the constant state of a demonized person. Let’s look at an example.

Then they went into Capernaum, and immediately on the Sabbath He entered the synagogue and taught. And they were astonished at His teaching, for He taught them as one having authority, and not as the scribes. Now there was a man in their synagogue with an unclean spirit. And he cried out, saying, “Let us alone! What have we to do with You, Jesus of Nazareth? Did You come to destroy us? I know who You are—the Holy One of God!” But Jesus rebuked him, saying, “Be quiet, and come out of him!” And when the unclean spirit had convulsed him and cried out with a loud voice, he came out of him.

The text says that there was a man in the synagogue “with an unclean spirit.” It goes on to say that this unclean spirit began to speak through the person; that is, it manifested. We don’t know how long Jesus was teaching before the demon manifested, but it was long enough for the people to recognize that He taught with authority. This man was not in a constant state of having a demonic manifestation. No, he was sitting there listening to Jesus teach with the rest of them. It is as if the authority that Jesus taught with forced the demon to show itself so that it could be cast out.

I have seen similar things happen on many occasions. I have witnessed demons manifest as I taught. I have watched demons come to the surface as I prayed over people. I have even known people to be delivered from evil spirits in the midst of a powerful time of worship. Occasions such as these are sometimes called power encounters. It is a clash between the kingdom of God and the kingdom of darkness, where God’s light pushes out the darkness.

Demons most often prefer to stay hidden. They love to dwell in darkness; they hate coming into the light. They like to work and influence people behind the scenes. When a demon manifests, it is often because it has been exposed by the light.

Thus, it may not always be obvious to the natural eye when a person is in need of deliverance. Like the man in the synagogue, many people are going about their life and living a fairly normal existence. But certain areas of their life are influenced by evil spirits.

Let’s seek God for the presence and power of the Holy Spirit to release His light and expose and cast out the darkness!

Jake Kail is a teacher, author, and speaker who is passionate for the kingdom of God. He was called into ministry during his college years, after a life-changing encounter with God. The focus of his ministry is on teaching and equipping believers, strengthening local churches, and seeing awakening and restoration come to the church. He also ministers often in the area of deliverance from evil spirits, seeing people set free from bondage, torment, and oppression. Jake is the author of three books: Restoring the Ministry of Jesus, Can a Christian Have a Demon?, and Abiding in the Vine. He speaks at churches, retreats, conferences, and other venues. Jake lives with his wife and family in Lancaster, PA where he serves on the pastoral team at Threshold Church. Check out Jake’s website and blog here: http://www.jakekail.com.
Previous The Dangers of Compromise
Next Will You Be Ready When Mr. Rainy Day Stops By?