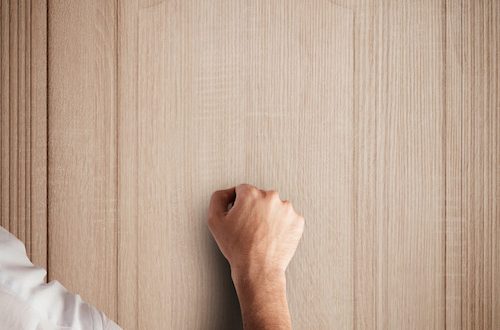 When God Came Knocking On The Satanist’s Door

Some people say they felt God knocking on the door of their heart, well for me it felt as if the Holy Trinity kicked down my door SWAT team style. April 21, 2007, was the day it happened. God came storming into my life with such a presence that it became impossible for me to now deny that Jesus is The Way, The Truth and The Life–that He alone is the pathway to the Father.

I was, at that point in life, very deeply involved in the occult and satanism and had just bought that morning, at a new age shop, a book on tarot cards written by the self proclaimed “wickedest man in the world” Aleister Crowley.

Later in the afternoon I was walking past a Christian bookstore, when I had an intense compulsion come over me, it was as if I had become a puppet and had no control over my body. I walked into that store and spent all my grocery money on a Bible. I had only the most vague interest in reading the Old Testament and zero interest in the New Testament and even less interest in Jesus.

That evening I went to a friend’s party and within an hour of being there I got this intense panic-like instinct that I needed to leave. My legs started shaking and everything in me was screaming that I needed to go home. So I made an excuse and left, halfway home I was passing through a sketchy area known for its drug related violence, when this dirty looking guy with wild eyes stepped out of some shadows and started talking to me.

I thought at first that he was a crack addict who was going to rob me, but then he mentioned my name, my brother’s name and started pointing out scars I have on my body. I had never seen this guy before and there was no logical way he could have known those things. He had one of those institutionalized personalities; if you’ve ever seen a Charlie Manson interview you understand what I mean.

I just stood there in a curious fear and when he asked if he could walk with me I said yes. He then started talking to me about Jesus Christ.

I don’t really remember the words he used, but what he said pierced my heart. I could feel the hardness of my heart start to crack and by the time we reached my front steps I was in tears.

The very next morning I called in sick to work and did not go to the pagan drumming circle I had planned to attend and began to obsessively read the Bible I had bought. I went straight through Genesis and Exodus in a few hours and eventually read the entire Bible in just under 3 months.

During this time I never went to church, never listened to any sermons or read any Christian literature, but I was able to understand the Scriptures well enough to piece together a basic orthodox understanding of who Jesus is and how the Christian faith functions.

It was when I was reading John chapter 3 that my faith really woke up and I believed Jesus is who He says He is, the verse that got me was:

John 3:8 “The wind blows where it wishes, and you hear its sound, but you do not know where it comes from or where it goes. So it is with everyone who is born of the Spirit.”

I had no real idea what it meant at the time, but it stood out so strongly and for whatever reason it convinced me of the truth of the Bible, that it was divinely inspired.

At that very moment I decided to do an experiment and just try it, so I gave Him the benefit of the doubt and repented and asked Jesus for His forgiveness. When I did that I was hit with the most intense spiritual experience I have ever had. In nearly 20 years of playing in the occult and satanism, I had never felt anything like it. As the forgiveness of Christ washed over me, I felt the presence of God in me and around me in such an intense way that He was more real than anything else, that is the only way I can explain it.

I eventually started going to a church and taking a page out of the book of Acts, I went to a park with two church elders and burned what occult paraphernalia I had not already destroyed or thrown out.

Acts 19:18-19 “Also many of those who were now believers came, confessing and divulging their practices. And a number of those who had practiced magic arts brought their books together and burned them in the sight of all. And they counted the value of them and found it came to fifty thousand pieces of silver.”

How has God impacted your life? How is He using you to impact others?

Jonathan Kotyk is a student, self taught philosopher, recovering addict and born again Christian. He has spent time on both the far Left and Far Right side of the political spectrum and lives in Canada.
Previous Is There A Special Ability God Has For You?
Next Jesus, Roll Me Away Like That Stone