Breaking News
Home / Faith / When We Don’t Understand the Bible 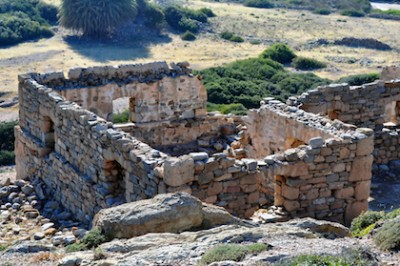 When We Don’t Understand the Bible

“Now go, attack the Amalekites and totally destroy all that belongs to them. Do not spare them; put to death men and women, children and infants, cattle and sheep, camels and donkeys.” 1 Samuel 15:3

In this story in 1 Samuel, Saul was to go and wipe out the Amalekites–every man, woman, child, and the livestock as well.  Many times in the Old Testament God sent the Israelites into battle and ordered the destruction of every living thing within the city of the enemy.  Many have wondered why God included the destruction of babies and children who surely were innocent, along with the adults and livestock.

It is concerning and hard to understand why God would do such a thing when looking through the lens of the flesh instead of focusing on eternity.  As with any hard-to-understand Bible related question, that seems to make no sense, there are many opinions and much writing about that question.  The Bible clearly states that some things God does will not be revealed to our understanding in this life, but in the one to come.  We don’t have to understand everything to trust in or love and obey Him.  Does that bother some?  Yes, but it is really an issue of looking to find some weakness in God on which to hang our unrighteousness.

There are many things we don’t understand that we don’t question.  Most of us don’t know how an engine works, or electrical circuits that provide the power to our household electronics, but we don’t disbelieve that they exist or insist on knowing everything about them before we drive our cars or flip on a light switch.  We believe it will work, even though we do not know how.

I believe in God’s power and His sovereignty; He knows all things and orders my steps.  I believe whatever He allows is meant for a purpose, just as it was for a purpose to annihilate every living thing in whatever circumstance He commanded, even if I do not understand it.

Apologetics Press’ Dave Miller posits a theory that I have never considered.  He speaks of the wickedness in these populations and how even the innocents would eventually become wicked if raised by adults who were fully compromised.  Just as in Noah’s day, there was not one person who turned from evil even though they had ample opportunity.  Even the pagan people, who did not believe in God, witnessed God’s power, protection and blessings upon the nation of Israel so they were without excuse.

“For since the creation of the world God’s invisible qualities–his eternal power and divine nature–have been clearly seen, being understood from what has been made, so that people are without excuse.” Romans 1:20

It is evident in our day that this circle of evil still exists.  We see sons and daughters of evil, addicted, immoral, and unrepentant parents grow up and become the same.  Some behaviors may be inbred and some not, but there is a huge chance that unless someone intervenes, the children of evil will become the parents of evil, earning themselves a place in Hell.  In terms of eternity, Dr. Miller goes on the say this:

“Including the children in the destruction of such populations actually spared them from a worse condition—that of being reared to be as wicked as their parents and thus face eternal punishment. All persons who die in childhood, according to the Bible, are ushered to Paradise and will ultimately reside in Heaven. Children who have parents who are evil must naturally suffer innocently while on Earth.” (e.g., Numbers 14:33)

With a view to eternity and God’s power to save and spare those who would otherwise face condemnation when Jesus returns, we can begin to see at least God’s purposes in not sparing the innocent ones so they are, in the end, spared.

What is another Bible passage that is difficult for you to understand? How do you study Scripture to learn the truth?

Previous Three Steps To Persevere Through Dark Days
Next Persecution in America: Marine Court-Martialed for Keeping Bible Verse on Computer