Breaking News
Home / Faith / Where Will The Jews Find Refuge In The Tribulation? 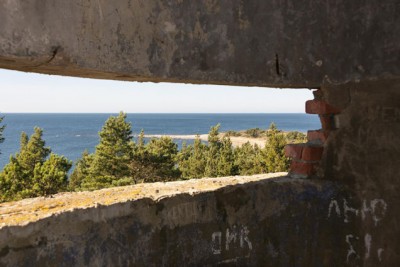 Where Will The Jews Find Refuge In The Tribulation?

There is a city of Old Testament times in southern Jordan called Petra. It is a major tourist attraction. Several scenes from “Indiana Jones and the Last Crusade” were filmed there. It also has prophetic significance. Some Bible scholars believe it will be the place of refuge for the Jews during The Great Tribulation.

During the second half of the Tribulation Period, it is believed by many that the anti-Christ will break a peace agreement with Israel and will take his seat in the Temple in what is called the Abomination of Desolation (Matthew 24:15) and Jerusalem will be “surrounded by armies…(Luke 21:20). In the very next verse of both of these chapters is the phrase, “Then let those who are in Judea flee to the mountains.” Is Petra the place of provision and protection during the last half of The Tribulation? In addition to the above two verses, Revelation 12:6 says, “And the woman (which most interpret as meaning Israel) fled into the wilderness where she had a place prepared by God, so that there she might be nourished for one thousand two hundred and sixty days.”

The ancient city of Petra was at its prime between about 9 B.C. and 40 A.D. It was located on a major trade route. This “mountain residence” had a very advanced and ingenious water system for its time, making available 12 million gallons a day, according to archaeologists! This is even more incredible when one considers the fact that Petra is located in a desert region. Unfortunately, an earthquake in 693 A.D. destroyed a major portion of the city, but remains of the water system can still be seen today.

Petra is a major tourist attraction in Jordan, hidden in the hills and sculptured out of them. The only access is through a mile long and very narrow passageway, with cliffs on both sides rising to hundreds of feet. The Petra Archaeological Park covers 264,000 square miles. Only 15 percent of this “city” has been unearthed, with 85 percent still underground and untouched. In 2007 it was designated as one of the new seven wonders of the world, in second place after the Great Wall of China. Does God have a plan for this place on his prophetic calendar?

Revelation 12:6 teaches that there will be a place “prepared by God.” Could Petra sustain such a huge influx of refugees? And what about water? If the provision of water was evident in the first century, it would not be difficult to believe that the advancements of the 21st century could do the same. And the same God who provided water out of a rock for the Israelites wandering in the wilderness could certainly sustain a large group of Jewish refugees in the present day.

Some say that the Jews would still be vulnerable to destruction via modern day warfare. However, there is a verse in Daniel 11:41, in the context of the rule of the anti-Christ, which refutes this. “He will also enter the Beautiful Land, and many countries will fall; but these will be rescued out of his hand: Edom, Moab, and the foremost of the sons of Ammon.” Edom, Moab, and Ammon are now known as Jordan, where Petra is located.

So, is a major tourist attraction yet to be fully revived and unearthed, being preserved and prepared by God to sustain and protect the Jews during the time of The Tribulation? What do you think about all of this?

John Livingston Clark is 67 years of age and lives in central Washington State. He has written two published books, and two published poems. His initial book is called, " God's Healing Hope: Breaking the Strongholds of Wrong Thinking." His second book, released in December of 2016, is a motivational book written to seniors titled, " Seniors: Are You Retiring or Recharging?" Both books are available on amazon. You can also view his writings on www.faithwriters.com. John is available to speak on a variety of topics. Visit me at jclarkministries.com
Previous On Fire for Jesus
Next What Have You Done About Jesus?