Breaking News
Home / Faith / Why Does My Wife Think I Don’t Love Her? 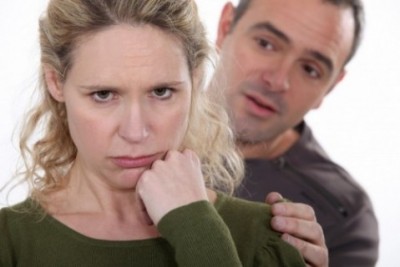 Why Does My Wife Think I Don’t Love Her?

Eyes Narrow in on the target. His keen sense of smell picks up hints of her flirtatious perfume. Slowing his stride, he begins his pursuit-eyes meeting hers. Intimate conversations commence. Time passes. An anxious groom awaits. Wedding bells chime. His lifetime prize has been won.

The passing of the first year happens with a few occasional gifts in continuance of his affection. The second anniversary arrives. Roses are bought “Good” she thinks, “He still loves me.” Yet, slowly the gifts, admirations, and small affectionate gestures diminish leaving the beautiful bride to question, “Does he still love me?”

Naturally, his reply is rhetorical, “Why would she ever doubt my love? I said, ‘I do’ at the altar. I meant it. Nothing has changed.” Except from the woman’s perspective, it has. He stopped his pursuit.

Authors, Shaunti and Jeff Feldhahn, of the research based novel, For Men Only, a Straightforward Guide to the Inner Lives of Women state that “No deal compares to winning a wife…You pursued her with all the courage, creativity, and resources you could muster. Then, one day, you closed the deal. Your wedding day was the day you proved your love to the world and to her.”

Yet, no matter how fabulous your relationship may be, “buried inside most women…is a latent insecurity about whether their man really loves them”.

According to the Feldhahn’s, “Seven out of every ten women said that their relationship and how their man felt about them was anywhere from occasionally to nearly always on their minds.”

However, this question, does not mean she is seeking after others. “She may know you love her, but there will be times when her feelings will need to be convinced and reassured. Sometimes over and over again.”

From a husband’s perspective, they may be unaware of this underlying issue, yet they may have seen some of the warning signs or triggers to which their wife has given. Take a look at the list below:

**Hidden Triggers That The Wife Is Feeling Unsure of Her Husband’s Love:

In general, when a husband has issues he is struggling with, especially ones that have to do with work, the more tendencies he will have to withdraw from his wife, family, and possibly friends. Moreover, he may perceive his inabilities to resolve the situation as a weakness therefore compounding the existing fears and doubts his wife may have about their relationship.

God has called husbands to reflect the same love that Jesus did towards the church (Ephesians 5:25). Is there a possible way to end this vicious cycle of insecurities? In the next article the focus will be on the ways to address the insecurities a wife has about her husband’s love. What symptoms do you recognize in your own marriage?

**Referenced material was taken out of Chapter 2 “The Deal is Never Closed” from Shaunti and Jeff Feldhahn’s book For Men Only, a Straightforward Guide to the Inner Lives of Women.

Christ's love for the church conflict Distress divorce Does he even love me? For Men Only For Women Only He love me he loves me not Jeff Feldhahn love Marriage quite attitude Shaunti Feldhahn Why does my wife always cry? 2015-03-01
Renee

Tags Christ's love for the church conflict Distress divorce Does he even love me? For Men Only For Women Only He love me he loves me not Jeff Feldhahn love Marriage quite attitude Shaunti Feldhahn Why does my wife always cry?

is an author and editor for The Bottom Line Ministries as well as a member of Faith Writers. Currently she teaches high school language arts. She is a mom to four amazing blessings and enjoys every moment life has to offer. Renee has a fervor and drive to learn, she loves to read and spend time with her family, and is involved with her local church ministries. Humbled by God’s gift of words, she has a passion to write what the Holy Spirit has placed in her heart. She hopes to publish her in-progress book someday, but in the meantime, is honored to be placed as part of the TBL writing family and is holding on to the ride wherever God is leading. Renee and her family reside in their country home in Holland, Iowa.
Previous Best Tips for Interacting with the Bereaved (Part l)
Next How far is too far?