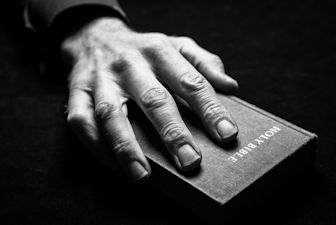 It was the time of the Vietnam era and college campus protests. As the situation in Southeast Asia become more intense and controversial, the United States had to evacuate Saigon, as the nation fell to communist rule. In the midst of all the political and military conflict another story had been unfolding. Two days before the evacuation a man by the name of Tran Dinh Ai became an ordained pastor.

Tran grew up in a Buddhist home and trained to become a monk. Even though he worshiped 3, 366 gods he says they “gave me power, but they made me bow my life to their strongholds. They also made me hate the gospel.” At the age of 15 he became disenchanted with Buddhism and became a witch doctor involved in black magic.

In 1970, during the time of the Vietnam conflict, some American missionaries came to his village to conduct a crusade. So many Vietnamese were coming to know the Lord that his followers asked him to put a stop to it because they would see a decline in their business. Tran decided to attend the crusade and check things out for himself. What he discovered changed his life! He heard one of the crusade workers say, “We don’t want to bring to Vietnam a new religion, because all religions will make you more and more burdened. But Jesus promised if you bring your heavy burden to him, He will give you rest.” At that moment God’s Holy Spirit moved in Tran’s life and he immediately saw that he had been worshiping and “healing” people in the name of dead idols. He realized Jesus rose from the dead and was alive, and turned his life over to Him.

Because he was such a Christian hater who turned into a minister of the gospel people started calling him Paul, based upon the New Testament account of how the Apostle Paul persecuted Christians before he became one himself, and just like Paul, his life was filled with adversity. He started to leave Vietnam at the time of the evacuation but returned, was arrested, and put into forced labor for ten years. After his release he started 24 house churches which by 1997 grew to 15,000 converts in 175 locations. In 1999 he was arrested again in Hanoi and spent another five years in prison. He was released, due to pressure by the United States, and kicked out of the country. Tran Dinh “Paul” Ai now has a ministry, “Vision Outreach International,” in which he seeks to share the gospel of salvation through a relationship with Jesus Christ with the Vietnamese people in countries around the world.

I wanted to share this article with my readers because it emphasizes the point that many religions have man-made gods that are dead. Christianity, however, is a relationship with a risen God who died for you and rose from the dead through his Son, Jesus Christ. He hears and sees what you are going through. You can call upon Him today for whatever need you have, and in whatever situation you may be going through.

John Livingston Clark is 67 years of age and lives in central Washington State. He has written two published books, and two published poems. His initial book is called, " God's Healing Hope: Breaking the Strongholds of Wrong Thinking." His second book, released in December of 2016, is a motivational book written to seniors titled, " Seniors: Are You Retiring or Recharging?" Both books are available on amazon. You can also view his writings on www.faithwriters.com. John is available to speak on a variety of topics. Visit me at jclarkministries.com
Previous You be the Judge?-Part III (the just Judge)
Next Our Hope: Messages from God