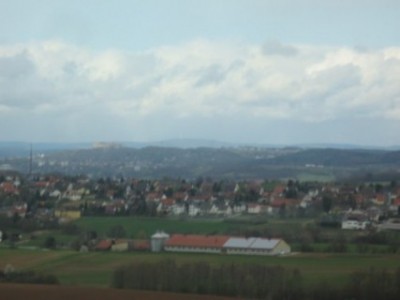 Our Hope: Messages from God

‘When he calls out to Me, I will answer him; I will be with him in trouble. I will rescue him and give him honor. I will satisfy him with long life and show him My salvation.’ Psalm 91: 15-16 (MSG)

Now, I loved Miss McAfee.  Not only was she one of my favorites teachers, but she and our principal, Miss Ashworth, attended the church our family belonged to.  My family thought highly of them.  So today, as I think about this answer Miss McAfee gave, I could easily question her faith.  God is not a respecter of persons, is He?  If He speaks to a famous person, He would still also speak to you or I.  If He so wills.

God has given us His Word, the Bible, as a handbook to life on earth.  It is meant for instruction, for training, and for encouragement.  But more than that, it is intended for learning about God, and about His ways, purposes, and how He speaks.

When Joseph found that Mary was with child, prior to their marriage, he was prepared to ‘divorce’ her quietly, without disgrace, and  move on.  But an angel of the Lord suddenly appeared to him in a dream.  In this dream, the angel explained God’s purpose for causing her to be with child, God’s child.  He told them they were to name this child Jesus.  The dream had great impact on Joseph.  When he arose from sleep, he took Mary to be his wife.  In the process, they helped God fulfill the scripture, found in Isaiah 7:14, ‘The virgin will conceive, have a son, and name Him Immanuel.’

Joseph was not a movie star.  He was not a king, or a president, or a famous poet.  He was a humble carpenter from Nazareth.  He was of good reputation, a good man, but not famous.  Not at that time.

Peter, who was not particularly famous, but was known as a devout follower of Christ, also had a vision.  We refer to it as the ‘Vision of the Sheet’, found in Acts 10.  The entire chapter is devoted to not only Peter’s vision, but to a prior one given by God to Cornelius, a centurion.  He also was a devout man, serving Him in many ways, including charity.  But Cornelius was not famous either.

God speaks to His people, often to those He pursues to be His.  He speaks in many ways, but He speaks.  Miss McAfee was trying to show third graders that God does talk to people.  Today I believe she used famous people as an example.  I don’t believe she thought that one had to be highly regarded by a multitude, but simply highly regarded.  Even then, not everyone God sends a dream or vision to, or even speaks to, is always highly regarded.  Often it comes after the fact.  Sometimes it is not till we are in Heaven.  God is Our Hope, after all, and He gives Himself in many ways.  Messages from God are blessings of hope and a promise of a future.

Lili lives in central North Carolina. She writes devotionals and Christian articles and has been published in e-magazines, newsletters, and articles. She is a member of Faithwriters.com. She and her husband Chuck love to travel, and are animal lovers as well. They are active in their local church, where she teaches the Senior Adult Sunday School class, and he serves as a deacon. Lili credits God for any inspiration that allows her to write. It's all about Him!
@@ohiolili
Previous Witch Doctor Turned “Apostle Paul”
Next Meeting The Demands of a Toddler, Or Not!