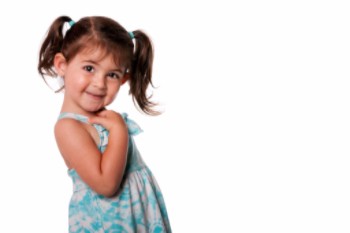 Feeding a Child’s Personality and Not Their Behavior

Yet, when does the “cuteness” morph into a behavior and not a child’s personality?

What is the difference between the two, if any?

Personality is separate from a child’s behavior.   It is what makes each child unique. Their quirkiness, their desire to care for others, their willingness to help out, all stem from who they are as a person.

A behavior is a choice. The child is aware of what they are doing.

Take for example, my almost three-year-old son. He loves to sing! He has walked around with a guitar in his hand since he could first balance on his feet. He plays our small drum set. Give him a keyboard or set him in front of a piano and he will fiddle until a song arises. He even placed a chair on top of where our wood stove is to go (The hearth looks like a mini-stage), sat down, and played his guitar while singing his latest song. His natural characteristics involve a passion for music and entertaining others.

Being the youngest, he falls under the placement “baby” of the family. The role typically designated as the “spotlight”, “stage”, or “main entertainer”. In other words, the baby is known for frequenting the attention of others by stemming a reaction out of their behavior. In my son’s case, being the fourth child, it is easy to gain an audience especially at the dinner table.

One evening, right in the middle of supper he decided to burst out in his most profound singing voice, a snippet from the famous Veggie Tales song “The Song of the Cebú.” The first round was quite comical and we all had a good chuckle, but as I watched my son’s eyes, I noticed how keen he was to observe and process the outcome. He discovered that when he entertained, he got a reaction. By creating a reaction, he received attention.

My son quickly took note of his audience’s reaction and went in for an encore performance, not just once, but continually even after he was told to stop.

Personality or behavior, which one was on display?

Although his natural characteristics include singing and entertaining, he chose to push forward in his display regardless of being told no.

If I had not intervened in the situation and corrected his decision, he would have taken my non-intervention as a green light for approval of his behavior.

When we continue to allow a child’s personality to become their behavioral choices, we are allowing them to form unhealthy habits.

Parenting is not an easy task and neither is correcting a child especially as they progress into their teens, possibly towering over you physically. However, feeding a child’s personality with healthy outcomes will keep their character and behavior from forming into one being.

After all, who wants to deal with a teenager or even an adult for that matter, who throws a tempter-tantrum for not getting what they want, or who is still manipulating their parents by using their “cuteness” to get their needs met.

God calls us to train up a child in the way he should go (Proverbs 22:6).  It is our responsibility to train our children to become aware of their natural abilities and interests and give them a healthy means to guide and direct those talents.  By doing so, we are preparing our children to use what they have been blessed with rather than turning their gifts into a misused behavior.

How have you been able to guide your child’s personality into a healthy behavior?

is an author and editor for The Bottom Line Ministries as well as a member of Faith Writers. Currently she teaches high school language arts. She is a mom to four amazing blessings and enjoys every moment life has to offer. Renee has a fervor and drive to learn, she loves to read and spend time with her family, and is involved with her local church ministries. Humbled by God’s gift of words, she has a passion to write what the Holy Spirit has placed in her heart. She hopes to publish her in-progress book someday, but in the meantime, is honored to be placed as part of the TBL writing family and is holding on to the ride wherever God is leading. Renee and her family reside in their country home in Holland, Iowa.
Previous Life in the Spirit = Supernatural Faith!
Next Manuka Honey – More Than a Sweet Confection