Breaking News
Home / Family / And Their Bows Shall Be Broken: Evil is Self-Destructive 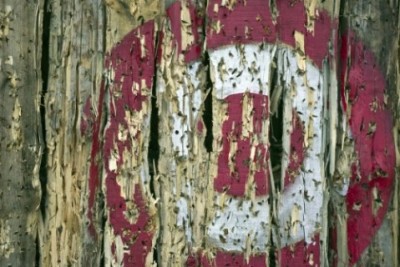 And Their Bows Shall Be Broken: Evil is Self-Destructive

In bible times, the bow was a symbol of victory, used to launch flaming  arrows  at an intended  target. The deadly arrows contained oils or resins soaked into fibers and set aflame. Aimed at their mark, they were launched. Hitting their target, they caused scolding and burns to human flesh and had the capability in large number of  destroying  large tracts of land and even whole villages.  These weapons brought terror and caused enemies to scatter.

While these weapons were necessary in battle, the bible gives a word picture to describe evil inflicted by others, using bows and flaming arrows as examples;  evil speech is described as a flaming arrow, and the enemy’s attacks against us in various forms are referred  to as fiery darts.  Our enemies wield “bows” flinging arrows of  gossip, judgment, unforgiveness, abuse, and revenge– just to name a few! We all feel the sting when someone turns against us and we become the target…

But without the bow, the flaming arrow is useless, and God promises in Psalm 37:15 to break this source of evil that sets itself against His beloved: The swords of the wicked shall enter their own hearts, and their bows shall be broken. The list of “flaming arrows” is as endless as those who would take revenge against another.  But the first part of verse 15 states that those who choose a lifestyle of wicked behavior against others will  eventually turn their “sword” on themselves. Evil, in the end, is self-destructive.

How do we see this self-destructive evil played out?  It causes hardness of heart in those who choose to partake. This hardness tends to build on itself until, for some, it clouds their ability to have compassion and empathy towards others. Eventually, God will give those over to a hardened heart who continue to choose evil. (Eph. 4:18) And the law of sowing and reaping applies as well. When we continue to act in a certain way, sowing behaviors by choice, we will always reap a harvest of that same kind. (Gal. 6:7)

The temptations to seek revenge, to gossip, to choose unforgiveness, are very human desires.  Still, we control our choice to act on them or obey God. Wisdom responds by believing God’s warning and following His Ways.  Knowing that revenge and retaliation will cause destruction not only to your enemies, but to your own life, how can you avoid giving in to the  temptation to respond with these “weapons?”

My husband Dan and I have three children and three grandchildren. We live in central Illinois. I am a graduate of The Institute of Children's Literature, a member of faithwriters.com, and a member of SCBWI. My writings have been published at chirstiandevotions.us, in DevotionMagazine, the PrairieWind Newsletter, and here at thebottomline.co.
Previous Biblical Declarations for Victory over Satan
Next The prayer God wants you to pray over yourself