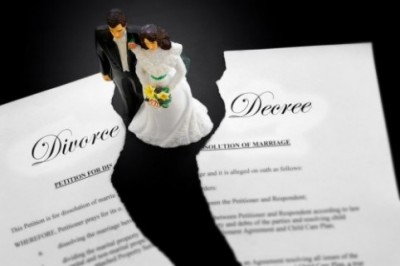 Are Newlyweds Doomed To Divorce?

I’m no expert. In fact, I’ve never been married. There. Now that the disclaimer is identified, let me also add, I’m not blind either. Base on researches done, it has been deduced that divorce is on the increase. Which makes me wonder…

Is there any hope for newlyweds?

Failed marriages surrounds us; whether the failure happen to a relative or the couple down the street. What makes it worse, Hollywood seems to glamorize divorce. It’s rampant in movies and in tabloids. An annulment for most celebrities is no big deal. They mostly have an “Out-with-the-old, in-with-the-new” attitude. And so, more couples buy into the lie that divorce is an OK marriage norm.

Marrying for love is an act that’s becoming as extinct as the western black rhinoceros. Now, people are getting married for business, financial security, even to maintain a social status or a reputation. It’s therefore clear that when God’s original design for marriage gets tampered with, the union won’t last.

But is there a future for newlyweds who are genuinely in love?

There’s hope–once God is in the center of the marriage. “For I know the thoughts that I think toward you, says the Lord, thoughts of peace and not of evil, to give you a future and a hope.” (Jeremiah 29:11) With God in the lifeboat, spouses can smile at life’s storms, knowing they’re not alone. Staying committed for years require meaningful work and much dedication. If partners believe their love for each other will protect them from relationship failure or the big “D,” then they are in for an unpleasant surprise.

Just as how faith without works is dead, marriages without work are also dead. It’s possible to be in love and be unhappy. It’s also possible to fall out of love. Fire not being fed by fuel will die; it matters not how bright and hot it was originally, over time, if neglected, its flames will go dim. Likewise, if husbands and wives don’t make an effort to keep the sparks flaring in their marriages, the fire will burn out and they’ll be left in a smoke of divorce.

Newlyweds, set a side time for rekindling. Make date-nights part of the schedule. Nurture your social, emotional, and spiritual lives. Laugh together, play together, but most importantly, pray together. “Again I say to you, if two of you agree on earth about anything they ask, it will be done for them by my Father in heaven.” (Matthew 18:19) This may sound worn out but…try not to keep score. True, both partners need to show care and interest, still, when the record book comes out after every nice deed, trouble is brewing. In addition, spouses sometimes make the mistake of leaving the union’s rough times to chance. Just as how you laugh together, cry together too.

It isn’t summer all year round, the chills of winter will penetrate the relationship as well. Learn how to cope with the disagreements and arguments those cold times bring. Speak up and voice concerns, but always show respect. Choose your battles with serenity while at the same time… Never sweep anything important under the carpet. Include financial hardship in the budget since life is full of unexpected mishaps that can bore holes in your bank accounts–and your relationships. Whatever happens, get through it together. “So they are no longer two, but one flesh. Therefore what God has joined together, let no one separate.” (Matthew 19:6)

Amelia Brown is from the beautiful island of Jamaica. She is a 28 year old Guidance Counselor by profession, but a passionate writer at heart. Most of her articles written are aimed at stimulating positive change under the guidance of the Holy Spirit. She is also a published poet and a member of Faithwriters. Outside of writing, she enjoys volunteering, cooking, and turning frowns right side up. Amelia currently lives in New York.
@ameliambrown
Previous “Pull a Daniel” and Be Peculiar!
Next Christmas Incarcerated