Breaking News
Home / Faith / “Pull a Daniel” and Be Peculiar! 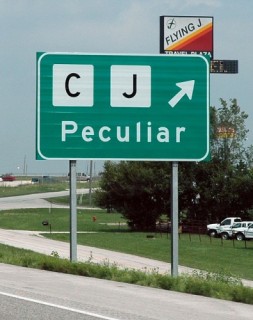 “Pull a Daniel” and Be Peculiar!

Oh no, she didn’t! She didn’t just say that, or he didn’t just do that. Suddenly, that six inch gap between you is not quite enough space, and you scoot just a little to the left. And then a little more and a little more until you are no longer next to the offender. You really liked the malefactor before, but the situation has changed. You want the whole world to know you are not with so-and-so, and you were not a part of whatever just happened.

I’m wondering if that was what it was like for Daniel. One minute he was highly respected, a decorated prince among princes, one of the three highest officials in the land (Daniel 6:2), and the next moment, he was being fed to the lions. Things were going really well until the situation changed, and he became an outcast.

There are countless lessons to be learned from the life of Daniel, but today I want to focus on just one. I love the fact that even though Daniel knew the king’s decree forbidding him to worship or pray to anyone other than the king, he refused to submit (Daniel 6:10). Without apologizing for his faith, he did what he knew to be right and trusted that God would work out the rest. He did not hesitate, nor did he compromise. He was the epitome of I Peter 2:9’s “peculiar people.” He served His God faithfully, and was rewarded in the end.

In America it used to be fashionable to be a Christian. Whether you believed in God or not, people knew the lingo and said the right things. But more and more commonly, the situation is changing. Suddenly, being known as a Christian means being viewed as judgmental, narrow minded, uneducated and even out of touch in today’s world. As perceptions change, we have the same two choices Daniel had. We can hide our faith in the closet hoping that those around us don’t see it, or we can pull a Daniel. We can stand strong in our beliefs, unapologetic, and unafraid of what our friends, neighbors and family will say.

I am pretty sure I know what God would want. I want to encourage my fellow believers to remember Daniel. He clung to his principles and trusted that God would work everything out. Daniel was right. Even when things became uncomfortable, God was in control working behind the scenes and taking care of his faithful servant. The Bible says that “Jesus Christ [is] the same yesterday, and to day, and for ever” (Hebrews 13:8). This means that even when society turns against us today, God remains in control and can be trusted to work “all things together for good” (Romans 8:28). It is time we remembered our calling, and stood strong. “But ye are a chosen generation, a royal priesthood, an holy nation, a peculiar people; that ye should shew forth the praises of him who hath called you out of darkness into his marvellous light” (I Peter 2:9).

Heidi Lynn has a passion for women's ministry and can be found writing at Chronicles of a New Creation. Heidi believes that as Christian women, we were created to serve our families, our churches, and our communities. With this calling in mind, she writes and speaks about organization in homes, families, and spiritual lives.
Previous 5 Important Facts About Satan
Next Are Newlyweds Doomed To Divorce?