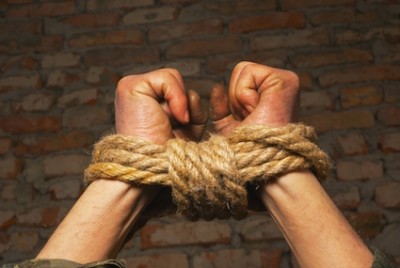 Bringing Awareness of Human Trafficking in the U.S.

Each year about 17,500 individuals are brought into the U.S. and held against their will as victims of human trafficking, and more than 29 million people are living as slaves around the globe. There are between 100,000-300,000 children that are prostituted annually. Eighty-percent of trafficked persons are women and children. Men are more likely to be victims of forced labor, while women and children are often exploited in the sex industry.

Victims of trafficking often come from vulnerable populations, including migrants, the oppressed, and the poor.

Give justice to the poor and the orphan; uphold the rights of the oppressed and the destitute. Rescue the poor and helpless; deliver them the grasp of evil people. Psalm 82:3-4

Victims of trafficking may stay in their situation for the following reasons:

Methods predators use to control their victims:

Children and teenagers in the U.S. are kidnapped into this trade, or found by a “John” when they run away from home. Some of the pornography that is made is with these young children portraying themselves as older in the films. The Super Bowl is a huge day for sex trafficking; sex slaves are brought to the location of the Super Bowl to be bought for sex. Some of the items we love to buy were made by a child forced into slave labor. A few are brought into this country to work in hotel chains. Human trafficking is everywhere, and we should be aware of these atrocities.

One of the women at the human trafficking conference that I attended discussed how a young girl was being held by people in the sex trafficking industry right in her gated apartment complex! This woman got involved and called the proper authorities, and now the girl is being helped by a Christian ministry that specializes in human trafficking.

If you suspect human trafficking call the national hotline number:

“You may choose to look the other way but you can never say again that you did not know.” William Wilberforce

What else do we need to be made aware of regarding human trafficking? How can Christians respond to this injustice?

Stephanie has a heart and passion to see broken lives restored and redeemed through Jesus Christ. She writes through her personal experiences and her educational and professional background. She has over 17 years experience in counseling, and has a Master's degree in Social Work, Bachelor's degree in Psychology, and is a Licensed Belief Therapist. Stephanie has been married for 16 years,and has one grown son. Stephanie's desire through her writings is to bring hope and encouragement to the body of Christ, that no matter what you have been though or going through, there is restoration and redemption through Jesus Christ.
@Stephrreck
Previous Satan’s Voice Is Like the Song of the Sirens
Next When Perversion Begins to Seem Normal