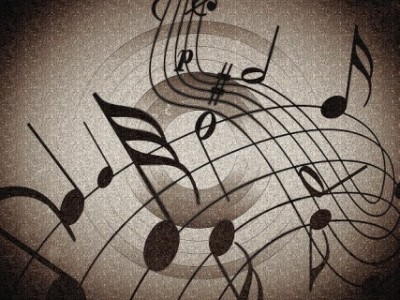 Satan’s Voice Is Like the Song of the Sirens

According to Greek mythology, sirens were mermaid-like creatures that sang beautiful music in an attempt to lure sailors to their death, and unfortunately, their attempts were often successful. There were two groups of sailors, however, that were able to escape the lure of the sirens, each with its own unique plan of salvation.

Odysseus had been warned of the fate of those who sailed into the presence of the sirens, yet his curiosity led him to set sail anyway. Determined to keep himself and his crew safe, while still allowing himself to appease his curiosity about the sirens’ song, he ordered his crew to stuff their ears with beeswax and then to bind him tightly to the mast of the ship. Once the sirens’ song began, the sailors were unaware except for Odysseus’ attempts to free himself from his bonds. Out of range of the sirens’ song, the crew removed the wax from their ears, untied Odysseus and continued their voyage.

Orpheus, who traveled with Jason and the Argonauts, had a different plan. Instead of blocking out the noise of the sirens, he played his own beautiful tune on his lyre—a melody so loud, yet so sweet, that it essentially drowned out the sound of the sirens’ song, allowing the crew to make it safely past the place of peril.

The world has a siren song of its own, and its lure grows more powerful every day. Just as with the sirens, Satan seeks to destroy those of us who are trying to make it through. To destroy our lives. To destroy our testimonies. To destroy our families and our churches. And unfortunately, he seems to always know the appropriate tune to sway and entice us away from the path we know is right. During these times of temptation, we have a choice to make: do we act as Odysseus or as Orpheus?

By acting according to Odysseus’ plan, we should basically place our hands over our ears like a rebellious child saying, “La, la, la, la, la, I can’t hear you.” But how effective is that really? Can such a tactic really repel the deadly darts of the devil? I think not. What is more likely to happen is that we grow tired of holding our hands to our ears and eventually drop our guard completely. Odysseus wanted to be safe, but that wasn’t enough for him to deny himself the privilege of the sirens’ song. He was flirting with danger, and while he and his crew escaped their foe, we have no guarantees that we will escape ours.

We would be much better off to employ the tactic of Orpheus. Instead of trying to ignore the sirens’ song, he instead drowned it out with a sweeter melody. For us, that means drowning out Satan’s lies with the truth of God’s Word. Singing it. Speaking it. Meditating on it. Knowing it inside and out. That, my friend, is how to make it through the enemy’s lair. Ignoring it won’t make it go away, but as Jesus proved during his temptation in the wilderness (Matthew 4:1-11), the Word of God will keep the devil at bay. It’s time we stopped listening to the tune of this world and started singing one of our own. It worked for Jesus. It worked for Orpheus. It will work for us.

In what practical ways can you drown out the songs of this world?

Dana is a full-time Christian author and speaker residing in Greenville, SC with her husband and two dogs. In fulfilling her call to evangelize the lost and edify the saints, Dana spends her days writing devotions, devotional books and books for children, as well as recording podcasts on various Biblical topics. She serves in many capacities at her local church, including the roles of church pianist and ladies' Sunday School teacher. Dana has a passion for souls and longs to be used of God in whatever way He deems necessary. When not writing or serving at church, Dana can most likely be found reading or hiking a nearby trail.
Previous John Hagee’s Film, “Four Blood Moons,” Tops Charts
Next Bringing Awareness of Human Trafficking in the U.S.