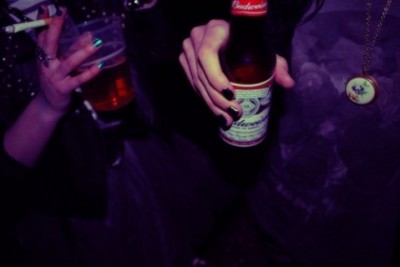 Cheers! You, Your Teen and Holiday Alcohol Consumption

The stockings were hung by the chimney with care…
…and Dad passed out beers without so much as a care?

With holiday festivities well under way, many partygoers will be drinking and toasting the season—teens included. And believe it or not, many of those teens will get the liquor from Mom and Dad. According to a recent poll administered by Drinkaware in the U.K., nearly half of parents surveyed felt comfortable giving their teens (ages 14 to 17) alcoholic beverages to take to a party—even though it is illegal.[1] And three in five parents said they would allow their teens to take alcohol with them on holiday.1

How does that translate in the U.S.? Well, in 2013, 11.6 percent of adolescents between 12 and 17 admitted to being current alcohol users. That equates to 2.9 million teenagers.[2] And many of those teens’ parents are their suppliers. Parents often believe the myth that they are decreasing their child’s risk for continued drinking later in life by providing the alcohol at home—in a safe environment. But the opposite is true. Studies prove that supplying alcohol to minors increases the chances of drinking later in life and actually attributes to problem drinking as they age.[3] According to Steve Pasierb, president and CEO of the Partnership for Drug-Free Kids:

“Childhood drinking is foremost a health issue. Many well-intentioned parents think that supplying alcohol for their child to drink at home may teach them how to ‘drink responsibly’ and might prevent them from drinking elsewhere. But the truth is that early consumption of alcohol in any context increases the likelihood of harmful effects in the long run. What’s more, studies have shown that when parents supply alcohol to their kids, it actually increases the risk for continued consumption during childhood and lifetime
problem drinking. Drinking in the home does not prevent children from drinking outside the home or with their friends.”3

Pouring your kid a beer at the dinner table doesn’t demystify alcohol. It encourages its consumption. Nearly 11 percent of all alcohol consumed in the U.S. is by underage ’tweens and teens. And what’s even more concerning? Fifty-six percent of those underage drinkers (ages 12 to 20) reported that their last use of alcohol occurred in someone else’s home; thirty percent reported that it occurred in their own home; and 21 percent were given it by a parent, guardian, or other adult family member.[4]

Parents, it’s time for a reality check. Regardless of your stance on alcohol consumption, the best thing parents can do is set up strict boundaries in this area—and be especially aware of their teen’s comings and goings during the holiday season. Have an open conversation about drinking, because your child has most likely already faced the temptation to drink.

Proverbs 22:6 says, “Train up a child in the way he should go, and when he is old he will not depart from it.” It is a parent’s responsibility to harness a child’s most vulnerable years and direct their paths. Educating them, teaching them, is key to a future free from alcohol addiction.

Lastly, your teen probably spends more time focusing on how to fit in than they do about the consequences of their actions, so you may want to lovingly let them in on a few, hard-hitting statistics:

Permission to drink at home translates to permission to do it elsewhere. Draw a clear line in the sand, a strong boundary. There is, perhaps, no greater long-term gift you can give your child this holiday season, when alcohol consumption spikes, than speaking the truth in love. Doing so could prevent years of heartache and regret. It could even save a life.

is a freelance writer and contract copywriter who lives in the seacoast region of New Hampshire with her husband, Eric-Thomas,of five years. She currently serves alongside her mother as the Marketing Director for God’s Girls Christian Store and More, a online retail store serving the southern New England region. Her work has been featured in several print and online publications, and she is the recipient of two Faithwriters’ Editors Choice Awards for her short stories, which are scheduled for publication in the Mixed Blessings series. Her first book, Fragile: 30 Days of Hope for the Anxious Heart, is now available at samanthaarroyo.com. She can be reached at [email protected].
Previous Healthy Holiday Foods – The Sweet Potato
Next Let There Be Peace