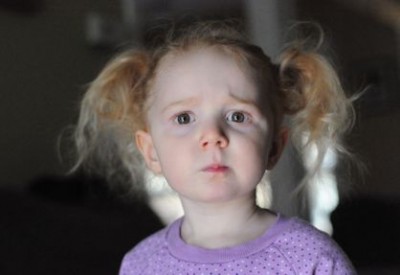 Children Of Same-Sex Partners Are Speaking Out

An unanswered question has been how does a a same-sex partner relationship affect the children? That is beginning to be addressed. Presently over 220,000 kids are being raised by gay or lesbian parents. With 36 states now having legalized homosexual marriage it is only going to increase.

Two gay advocacy groups, the Family Equality Council, and COLAGE, a national organization run by and for the LGBT community, claim that children raised with same-sex partners are having loving and normal upbringing living with “typical” families, but some of the adult children are saying otherwise. Here are some  testimonials from an article entitled “Gay Couples’ Children Oppose Same-Sex Marriage, Tell of Unpleasant Upbringing.”

A girl with two dads said her femininity was not valued.

One child felt “pain” from missing her biological parents.

A boy said he ended up so emotionally confused that he became a gay prostitute as a teen and bisexual as an adult.

A girl remarked that her dad and his male lover would proposition a male classmate when he came over to the house.

Another girl stated that her mother and lesbian partner totally disdained heterosexuality, and she had no idea how a husband and wife interacted until she went into foster care.

One boy said his “parents” loved him and that was all that mattered.

A group of four adult children have filed papers with the 5th U.S. Appeals Court saying that “growing up under the rainbow was neither normal nor pleasant.” These children pointed out that “every child should have the right to live and to have a relationship with a father and mother.” While it is claimed that a lot of scholarly material is out in favor of same-sex marriage which testifies to the health and well-being of gay families, these experiences of the children speak much more loudly.

From the beginning of creation it was meant for a child to have a father and a mother.  Genesis 2:24 tells us that “A man shall leave his family and cling to his wife.” The accounts of these children are giving evidence to that.

What do you think will happen to children in this next generation who have been raised with gay or lesbian “parents?” How will they turn out and how will it effect other segments of our society?

John Livingston Clark is 67 years of age and lives in central Washington State. He has written two published books, and two published poems. His initial book is called, " God's Healing Hope: Breaking the Strongholds of Wrong Thinking." His second book, released in December of 2016, is a motivational book written to seniors titled, " Seniors: Are You Retiring or Recharging?" Both books are available on amazon. You can also view his writings on www.faithwriters.com. John is available to speak on a variety of topics. Visit me at jclarkministries.com
Previous Are Grandparent Rights Part of the 5th Commandment to Honor of Fathers and Mothers?
Next Biblical Declarations for Victory over Satan