Breaking News
Home / Family / Domestic Violence: What Should The Church Do About It? 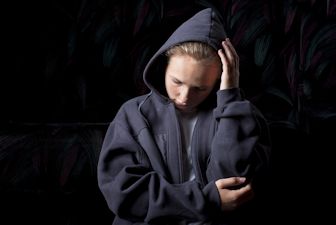 Domestic Violence: What Should The Church Do About It?

Domestic Violence: What Should The Church Do About It?

There is no question that domestic violence occurs in many homes and even within some religious families. The issue is how should local congregations and the Church as a whole respond to it? Information has come from a survey by IMA World Health, a non-profit faith-based organization, and Sojourners, a Christian ministry headquartered in Washington D.C., which among other things, deals with racial and social injustice.

Violence against women was declared a “significant public health issue” in 2013 by the World Health Organization. It is reported that 35 percent of women globally have experienced physical or sexual abuse, however, that ratio is disputed by some who say it is much lower. Abuse is not only among females. The United States Center for Disease Control claims that there is a chance that 1 in 4 men will also be abused. The survey also indicated that there is not much information as to how pastors are responding to it, though it exists even within the church and within religious families. That fact is backed up by news stories we hear from time to time and by comments by readers on the webpage from which this article is researched.

Jim Wallis, president and founder of a study called, “I Believe You: Sexual Violence And The Church,” says, “There is a conversation the church needs to have but isn’t. We cannot remain silent when our sisters and brothers live under the threat of violence in their homes and communities.” It is reported that 81 percent of pastors underestimate this problem within their congregations and need to “give voices to victims who often feel silenced by the church’s failure to understand the prevalence” of this social injustice. As we have probably heard before, if one really wants to get a good feel for the problem asks the kids who have come out of abusive homes.

Monica Taffinder, a Christian counselor, adds to this by saying, “Many pastors tend to be somewhat naive when it comes to the probability that both victims and perpetrators exist within their church.” This is not surprising. In my opinion that is because too many people “play church,” saying and thinking that everything is okay so as to appear to be religious. There are also those who call themselves Christian but really are not, or that have religion without a relationship with Jesus Christ. Some churches don’t want to get involved in the dialogue because of what it might do to the congregation, as was the case with one of the readers who commented on this issue.

The problem of domestic violence is not new, of course. It actually dates back to Genesis where we find the first recorded incident. Cain killed his brother Abel. Chapter four tells us that Cain became very angry over something that had happened. Because he did not master his anger, he allowed it to develop into premeditated murder. This is an important lesson for society at large. Deal with anger issues BEFORE they lead to possible murder or other destructive outcomes. However, that is only part of the outward solution.

If churches want to really tackle the problem of domestic violence they must show that it is not a religion that changes people, but a relationship with Jesus Christ. It won’t be solved by preaching social gospel. It will only be solved by spiritual transformation. Then, along with that give people practical steps to deal with the causes of domestic violence. This is really the only effective way for the Church to deal with this issue.

John Livingston Clark is 67 years of age and lives in central Washington State. He has written two published books, and two published poems. His initial book is called, " God's Healing Hope: Breaking the Strongholds of Wrong Thinking." His second book, released in December of 2016, is a motivational book written to seniors titled, " Seniors: Are You Retiring or Recharging?" Both books are available on amazon. You can also view his writings on www.faithwriters.com. John is available to speak on a variety of topics. Visit me at jclarkministries.com
Previous Middle Ground
Next How to Share the Gospel