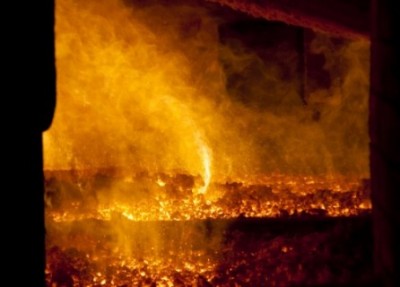 It was the typical Babylonian form of execution. After being bound, the guilty were placed in a brick kiln-type furnace with temperatures over 500 degrees hotter than today’s hottest crematory. Death would be almost instantaneous.

Three young Hebrew men were about to experience this form of execution for not bowing their knees to King Nebuchadnezzar’s idol in worship. But when given one last chance to denounce their trust in God, Shadrach, Meshach, and Abednego boldly told the evil king that their God could and would rescue them, but even if He chose not to, they would not be bowing to an idol.

Their fate sealed, they were thrown into the furnace after the King angrily demanded the temperature be turned up seven times hotter than usual. What must have gone through the minds of Shadrach, Meshach, and Abednego in those final moments? Their thoughts are not recorded for us, but we know they didn’t change their minds and bow to this earthly king.

Then, a miracle happened: “Well, Look!” Nebuchadnezzar shouted. “I see four men, unbound, walking around in the fire, and they aren’t even hurt by the flames! And the fourth looks like a god!” ….the fire hadn’t touched them–not a hair of their heads was singed; their coats were unscorched, and they didn’t even smell of smoke! (Daniel 3:25 & 27) Living Bible

“Fiery furnaces” come in many forms in life. Illness within a family, divorce, addictions, these are just some of the sufferings we may endure that can feel like going through a fire. For children, things like bullying, being misunderstood by peers, and developmental struggles, along with the adult issues that affect them, all bring pain and fear. Sometimes, we just want to get out of the situation we’re in. But with faith in Christ, the truth is that there is a fourth Man there with us–whatever fiery trial we face.

The three Hebrew children weren’t just exceptionally brave at the point of death in a blazing furnace. Their peace and trust in their God were supernatural, coming through relationship with Him that allowed them to lay their lives in His Hands even as the heat from the furnace came closer.

Maybe today is the day you or your family face the fires of life. Putting your trust in Christ is the answer. It’s not easy to turn the outcome over when we want to take control and work things out ourselves, but He can be trusted! His way through trying circumstances leads to life.

My husband Dan and I have three children and three grandchildren. We live in central Illinois. I am a graduate of The Institute of Children's Literature, a member of faithwriters.com, and a member of SCBWI. My writings have been published at chirstiandevotions.us, in DevotionMagazine, the PrairieWind Newsletter, and here at thebottomline.co.
Previous OUR HOPE: Where’s The Message?
Next Three Great Fictional Teachers