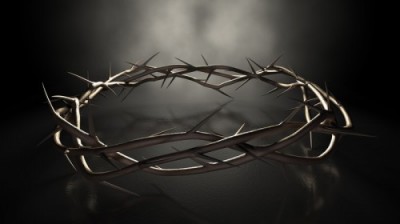 Her Children Call Her Blessed- Part III (Mothers of Kings)

As a girl, my only view of Mary was that of the tall white statue presiding in the beautiful cathedral in my city. Many prayed to her, but for a young girl, she seemed quite imposing. Years later, I learned for the first time that Mary was a Jewish teenager, said to be a peasant girl from a reputable family, who was chosen from all the women in the world to be Christ’s mother on earth.

Being chosen by God was a joyful experience for Mary, and she submitted herself to God immediately even though her condition could mean not only rejection by her espoused, Joseph, but a death sentence. Mary was living daily life in her hometown. Her fiance, Joseph, had been picked for her with the help and approval of both her family and his. But after a visit from an angel, her whole life changed. What would her Joseph do now? Would her whole family be disgraced? Was her life in danger? The anxiety must have been consuming….

When God is in control, He works everything out for good for all involved. Mary and Joseph faithfully served God and trusted in Him, obeying His Word to them in a culture that stood against every circumstance His will put them in. People in their village must have sensed God’s hand in the situation because they were allowed to marry and live as every other young couple. Mary’s cousin Elizabeth saw God’s hand on her when the two women came together during their pregnancies, “Blessed woman who believed what God said, believed every word would come true.” (Luke 1:45) Mary truly was blessed among all women.

This young mother would have great responsibility in her time. In the Jewish household, child rearing fell mainly to the mother for the first five years of a child’s life. Education was very important, and extended family was included in the training of children. Jesus would have experienced this Jewish upbringing right along with the other children in his village. And His parents knew He was different from an early age. By age twelve He was conversing with scholars in the temple, “about His Father’s business.”

Mary was a chosen, set-apart woman in the world. She was like no other mother in history, and yet like every other… She loved her Son, she trained Him in the ways of God, she cared for Him when He was ill or hurt. I believe she even cooked his favorite foods and saw that He had time to play with the other children and just be a boy.

She was like any other mother in another way; she was with her Child at His end. For her it was at the foot of a cross. Mary watched her child give His life on that cross for the whole world, and because she was faithful to her God, her Son could look down and call her blessed.

My husband Dan and I have three children and three grandchildren. We live in central Illinois. I am a graduate of The Institute of Children's Literature, a member of faithwriters.com, and a member of SCBWI. My writings have been published at chirstiandevotions.us, in DevotionMagazine, the PrairieWind Newsletter, and here at thebottomline.co.
Previous Is God Late?
Next “Lukewarm” Movie Review