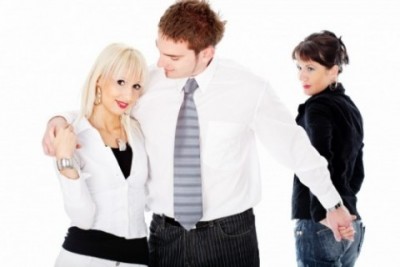 Is an Emotional Affair Adultery?

The Great Gatsby, written by F. Scott Fitzgerald, is an allegorical novel of the 1920’s representing the American dream that “Life is a beautiful and bountiful land.” Focusing primarily on the wealthy class, Fitzgerald depicts poignantly the grandeur lifestyle of the rich including continuous parties, dirty money, and secret affairs. Indulging upon their self-centered desires, the main characters become obsolete to the destruction taking place within their relationships as one man pursues a married woman all the while her husband seeks out a lover of his.

Even though many people these days may not be living life as one big party, nor laundering money, there are still continuous affairs that are taking place. However, the relationships being formed outside of the marriage are not of a physical nature, but are emotional instead.

Activities such as secret whispers, a coy smile or a flirtatious text or e-mail, all have the same intention, to toy with the other person’s emotions and purposefully engage into a deeper leveled relationship away from their spouse.

How can something be called an affair if there has been no sexual intercourse? In God’s eyes, the emotional connection is just as strong as the physical.

“You have heard that it was said to those of old, ‘You shall not commit adultery.’ But I say to you that whoever looks at a woman to lust for her has already committed adultery with her in his heart. (Matthew 5:27-29)

A marriage is to be sacred relationship between a man and a woman, a husband and wife.  When emotional strings are attached outside of the marriage, the doors to destruction have become wide open setting up the relationship for failure.  If you are in an emotional affair, or any affair, this is not the desire of God’s heart.  Seek out counseling to help bring restoration to yourself and your marriage before the devastation goes any further.  Are you willing to allow God to bring healing to your marriage?

is an author and editor for The Bottom Line Ministries as well as a member of Faith Writers. Currently she teaches high school language arts. She is a mom to four amazing blessings and enjoys every moment life has to offer. Renee has a fervor and drive to learn, she loves to read and spend time with her family, and is involved with her local church ministries. Humbled by God’s gift of words, she has a passion to write what the Holy Spirit has placed in her heart. She hopes to publish her in-progress book someday, but in the meantime, is honored to be placed as part of the TBL writing family and is holding on to the ride wherever God is leading. Renee and her family reside in their country home in Holland, Iowa.
Previous Fall in Love with Jesus All over Again
Next A Prayer for Divine Healing at a High School Graduation