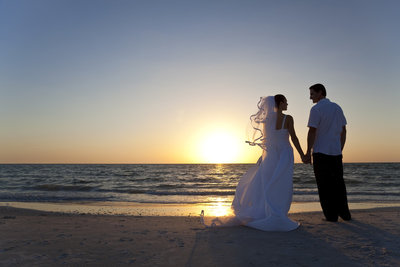 These days it’s too easy to get a divorce.  Yes, society has changed it’s feelings about this once taboo subject.  Where in the past there may have been times when a divorce should have been granted, now there are times when many are granted that should not have been.

There used to be a ‘cooling down’ period, in most states.  That period often was of a year’s duration. And quite often, it lived up to its name.  Husband and wife would argue.  One or both would say something they shouldn’t have said, that they would come to regret.  Or perhaps, they got great satisfaction out of hurting the other person.  But even that immediate gratification could sour with time, after the realization of the damage that had been done.  Often their true feelings would become obvious to them, and slowly but surely, they would seek help.  They would begin to speak respectfully to one another.  They would rekindle the feelings of love, and they would remember just what it was that made the other person so very special to them.  When this happened, divorce was quite often avoided.  And new life in their marriage was born.

Today it’s too easy.  Get mad, get a divorce.  Find someone new.  And often history repeats itself.  Why is that?  Because behaviors are learned, and when we get fed up and we get out, nothing has changed within us.  If a woman is an extremely possessive and jealous type with the first husband, will she be different with the second one?  If a man feels the need to dominate his wife, to the point she leaves him, and he remarries, will he do the same with the next wife?  It is very unlikely that the result will be any different.

I am not going to say that being a Christian will make marriage perfect, or even better.  Because there are Christians who struggle with their vows as well.  But when a person understands what God’s view is of marriage, and enters into it fully intending to honor and obey, the likelihood of a successful union is much greater.  Any person who is considering marriage should read what God has to say about it.  Remember, He created the first marriage, the one between Adam and Eve.  And even though they sinned and were removed from the Garden of Eden, they stayed together.  They had children, and they made a life together.  They were committed.

When we take a vow, any vow, we should honor it.  When we choose a person to spend our lives with, we must commit to it.  We must invest in it, nurture the relationship, and spend time learning what love really is.  It is not just an emotion, it is an action.  And it is an action that takes practice, that fails at times, but that will get back up again and persevere.  Because when we do that, the payoff is contentment, joy, and lasting love.  Two people, under one God, unite and become one.  When God is at the center, marriage is indeed a very beautiful thing.  And more than worth committing to.

And He answered and said to them, “Have you not read that He who made them at the beginning ‘made them male and female’ and said, ‘For this reason a man shall leave his father and mother and be joined to his wife, and the two shall become one flesh?’  So then, they are no longer two but one flesh.  Therefore what God has joined together, let not man separate.” Matthew 19:4-6 (NKJV)

Lili lives in central North Carolina. She writes devotionals and Christian articles and has been published in e-magazines, newsletters, and articles. She is a member of Faithwriters.com. She and her husband Chuck love to travel, and are animal lovers as well. They are active in their local church. Lili credits God for any inspiration that allows her to write. It's all about Him!
@@ohiolili
Previous Small Book With Big Truths
Next Coming Soon: An I.R.S. Surcharge to Your Household- for $1,300 Per Month