Breaking News
Home / Featured / Coming Soon: An I.R.S. Surcharge to Your Household- for $1,300 Per Month 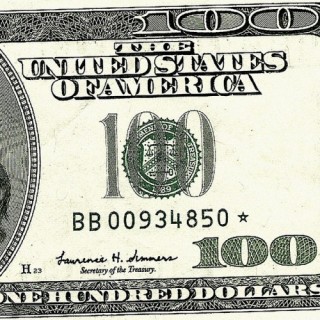 If the IRS announced tomorrow that starting next month you (or your household) would need to start paying to the Feds $1,300.00 EVERY month for the next 10 years, what would you say or do?  What if this new IRS edict was directed at each and every “household” in the country?

It is safe to say that very few people could actually afford this, and even those who could would not want to pay it.  It is likely that there would be a revolt; a storming on Washington D.C.  Make no mistake- our politicians know this.  Hence the ongoing inaction regarding our critical national problem- the Federal debt.

As most can see on TV or the radio or on the Web, the U.S. national debt is now $18 trillion.  Part of the reason why people cannot grasp the grandness of the problem is that a trillion dollars is unfathomable.  And we have 18 of them that we owe to some creditor (mostly to China).

Proverbs states: “The rich rule over the poor, and the borrower is slave to the lender,”.  Many perceive Americans as “rich”, but are we?  Are we, collectively, more of a “slave” to our creditors?  Is the U.S. government acting in a prudent or wise manner?  I say no, but there are many defenders out amongst us.

The $1,300 per month “fee” or loan repayment noted above is based on some simple 3rd grade math.  Let’s assume that it will take us 10 years to pay off this $18 trillion loan principal.  This equates to $1.8 trillion per year.  If you divide that number by the number of households in the U.S., the monthly expense/payment totals $1,300.  Keep in mind that this payment does not include making any interest payments on this $18 trillion.  For the sake of our example, we will assume that somehow the interest gets paid by some other measures.

What is the answer to this?  This question has riddled our national politicians for several years.  Whoever produces a mathematically viable plan is ostracized and ridiculed, and usually voted out of office.  But how long can it be ignored?

Some economists and others will say that the Treasury can simply print money to lessen the actual debt value to repay.  This is true to some extent.  If the Treasury suddenly doubled the amount of dollars in circulation (simplified example), then in essence our national debt would go down to $9 trillion in “real” dollars.

The problem with this solution is that all of the money that any of us have would effectively be cut in half.  So, if you have $80,000 in the bank or in a retirement account it would effectively be reduced to $40,000 due to lesser buying power.  Might that also lead to a turn against D.C?

I’m far from an economist, but many smart people out there are declaring that this, the national debt, is truly our #1 national crisis.  It is not ISIS, or the Taliban, or racism, or welfare fraud, or the environment.  What can we, as citizens do?  We can do our best to plan and prepare, possibly by holding onto assets other than U.S. dollars.  But we also need to elect leaders than can lead, and do 3rd grade math.

Ken Lambert, D.Min, lives with his wife and twin boys in southern New Hampshire, and has written for a variety of religious and secular publications. He is co-author of Top Ten Most Influential Christians- since the Apostles, and is an adjunct instructor for Agape Seminary (Church History, Wisdom Books).
Previous MARRIAGE TAKES COMMITMENT
Next Will Social Media Make Me Popular?