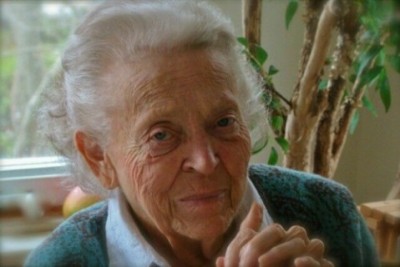 Elisabeth Elliot: Learning from a Life of Faith

A life lived in the faith of Jesus Christ continues eternally—in the heavenlies and on earth.  Elisabeth Howard Elliot Leitch Gren lived such a life.  By definition, faith is the substance of things hoped for but not seen (Hebrews 11:1).  The opportunity to see what a life of faith really looks like provides immeasurable help to those longing to leave a legacy.

A life lived in faith embraces all as coming directly from the hands of a loving God—a loving Father.

A life of faith exudes integrity.  God began preparing the world for Elisabeth Howard before her birth.  Nurtured in a godly home, mentored and sharpened by others along the way, Elisabeth learned that the life lived is the message others receive.  Speaking of a godly woman who mentored her, Elisabeth says:

“Many were the afternoons when Mrs. Cunningham poured tea for me and I poured my soul out to her.  She herself was the message.”

The life of Elisabeth (Elliot) Gren speaks a consistent message—in words and actions:   “What does the Bible say?  Do what the Bible says.”  A life of faith aligns with the Word of God.

Born in Belgium to missionary parents, Elisabeth grew up in Pennsylvania and went on to Wheaton College.  It was there she met Jim Elliot, who would later become her husband—and a martyr for Christ at the hands of pagan Ecuadorian Indians. After Jim’s death–choosing to live out the Biblical command of forgiveness–Elisabeth moved with their toddler daughter into that same tribe–to love and live with the Aucas that they might come to faith in Jesus Christ.  Her example of a life of faith touched the tribal people and countless more.  The fruit of that tragedy will never end because Elisabeth chose to live a life of faith.

A true example of the Biblical wife, Elisabeth preferred the challenge of femininity to the militance of feminism.

“…my plea is Let me be a woman, holy through and through, asking for nothing but what God wants to give me, receiving with both hands and with all my heart whatever that is.”

As Proverbs says of the righteous woman, her children arise and call her blessed.  Elisabeth’s life of faith testifies to that truth.  Valerie says her mother was “…a “speaker of the truth, a teacher of obedience, a woman of strength and dignity. She always loved and encouraged me. She was a woman of prayer.”  Valerie, raised in the jungles of Ecuador, treasures the adventures of her childhood.  She chronicled that redemptive journey in a book entitled, Pilipinto’s Happiness and went on to raise eight children of her own.  She continues living the life of faith.

Twice widowed, Elisabeth lived sacramentally– confidently believing God knew and gave only the very best to his beloved children.  For the last decade of her life, Elisabeth suffered the debilitating effects of dementia.  Her lifelong practice of trust in God sweetened even those days.  Her life in the midst of dementia continued to boldly reveal the essence of a life of faith. This powerful account from an interviewer captures a life of faith exposed by the fire of dementia:

“She accepted those things, [knowing] they were no surprise to God,” Gren said. “It was something she would rather not have experienced, but she received it.”

Hearing these words, Elliot looked up and nodded, her eyes clear and strong. Then she spoke for the first time during the two-hour interview, nodding vigorously: “Yes.”

If Elisabeth were to respond to all the chatter about her life, I imagine it would sound much like the words she spoke about her book, Gates of Splendor:

“that really wasn’t much of a book, but I guess God uses what He wants to use.”

For those of us still walking these roads, the life of faith lived by Elisabeth Howard Elliot Leitch Gren remains a shining example!  Let’s follow her as she followed the Savior and live in the way she often summarized her radio shows:

“What I’m really trying to say is, let God be God.”

Would you share below how Elisabeth Elliot impacted your life of faith?

Billie Jo is wife to Craig and mom to Rusty and Riesa. Formerly employed in the human service industry, the past fifteen years have been dedicated to homeschooling. She is a freelance writer for a number of print and internet publications. She is also passionate about serving in the community. She works in a GED preparation ministry and a community-based servant program that provides opportunities for youth to serve others. It is passion for the love of Jesus and His transforming work that motivates her writing and serving. "I love to see God at work in the lives of others and this is the way I see best."
Previous This Just In: The Film Version of “The Shack” Enters Production
Next The Police’s Behavior Vs. Your Response