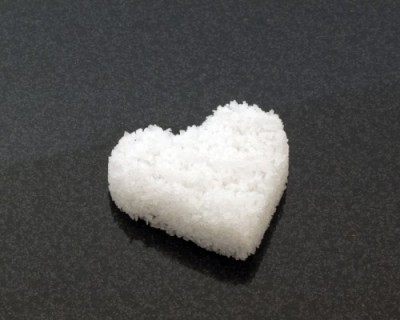 What Really Happened to Lot’s Wife?

The simple answer to what really happened to Lot’s wife is that she turned into a pillar of salt when she disobeyed the angels and looked back on the city of Sodom in its destruction—her city. Lot and his family, including his wife, had enjoyed the luxuries of Sodom. Their hope was that they could grow in the Lord and serve Him while still mingling in the world’s fares. In the end, Lot’s wife couldn’t sever ties with the city that had stolen her heart. (See Genesis 18:16-19:29 for the whole story.)

Lot’s wife was nothing short of bewitched: attracted to and delighted in something that seemed magical. And, while much of the blame falls on her husband and spiritual leader because he had chosen the alluring city for himself and his family, in the end it was her own choice to look back that caused her destruction.

Most followers of  Christ today would probably deny that we could ever become so entranced with the things of the world that we would lose our relationship with Him over the idolatry of it. But Jesus warns in the New Testament that the temptation is still very real:

That is the way it will be on the day that the Son of Man is revealed.  On that day let him who is on the housetop, with his belongings in the house, not come down [and go inside] to carry them away; and likewise let him who is in the field not turn back.  Remember Lot’s wife!  Whoever tries to preserve his life will lose it, but whoever loses his life will preserve and quicken it. Luke 17: 30-33

The warning is that if we are too drawn to the world we can lose our life in Him—the only life that will last for eternity. What happened to Lot’s wife can happen to any of us. We can be faithfully following God and serving Him when the things of the world encroach on us. We get too close for safety. If we are not careful in those times, we can turn back. And though we won’t be turned into a pillar of salt, we can still experience destruction, just like Lot’s wife!

What would this woman, whose name isn’t even recorded in the bible,  say to us today? Perhaps she would tell us not to pitch a tent too close to the things of the world, setting up camp with fame, wealth, popularity, or power in our view. Maybe she would tell us to keep our focus on God and the things of eternity. Surely she would warn us “don’t look back!”

What temptations do you face from the world? Will you heed the Lord’s words in the passage above and remember Lot’s wife?

My husband Dan and I have three children and three grandchildren. We live in central Illinois. I am a graduate of The Institute of Children's Literature, a member of faithwriters.com, and a member of SCBWI. My writings have been published at chirstiandevotions.us, in DevotionMagazine, the PrairieWind Newsletter, and here at thebottomline.co.
Previous Our Hope: A Legacy of Faithfulness
Next The One True Institution That’s Too Big To Fail