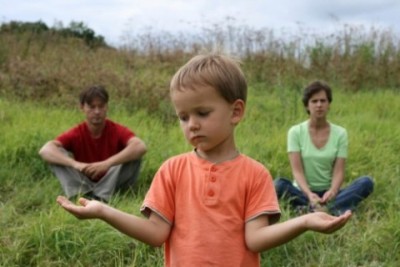 Lately, a bedraggled tune keeps ringing and repeating in my head like a broken record.  Maybe you have heard of it– “What’s the Matter With Kids These Days? (From the musical Bye Bye Birdie) Ironically, this song has popped in and out of my head since I first heard it back in high school, which has been some time ago.  The song focuses on a frustrated father who cannot seem to connect with his daughter’s obsession over Birdie, a teen idol of the day.  According to Harry MacAfee, kids are ridiculous, immature, and impossible to control.  Hmmm, sound familiar?

But I question, not what’s the matter with kids these days, but what’s the matter with parents?  The bible teaches us to “Train up a child in the way he should go, and when he is old he will not depart from it.” (Proverbs 22:6).  Since God’s word is truth, then why are we so surprised to see kids who are disrespectful, rude, and in a constant state of self-gratification. After all, most are following in the footsteps of their parents who have relinquished control over to their children to live their own selfish lives.

However, it is not fair to lay the entire blame on parents, right?  Parenting can be a harrowing adventure, and it’s fair to say that most people believe the only instruction manual given is one’s own experiences of childhood, but should one’s childhood determine the outcome of the next generation?  I say no because there are directions on how to raise a child, and they come from a best seller; the Bible.

God’s word tells children to obey their parents (Ephesians 6:1). Honor their father and mother” (Ephesians 6:2). Listen to their father’s instruction; accept the teachings from their mother because they are a “graceful garland for your head and pendants for your neck.” (Deuteronomy 6:6-9)

Fathers are directed to not provoke their children so they do not become discouraged (Colossians 3:21) or to not provoke them to anger, but bring them up in the discipline and instruction of the Lord. (Ephesians 6:4).

In addition, there are multiple verses administering guidelines to parents about discipline and the expected outcome if none is given.  “For whoever spared the rod hates his son, but he who loves him is diligent to discipline (Proverbs 13:24).  God knew that since the fall of Adam and Eve, foolishness would continue to dwell in the heart of a child, but the rod of discipline drives it far from him (Proverbs 22:15).

So, what is the matter with kids these days? Is it possible that parents still need to pick up the instructional manual for parental guidance? I believe so.  This would not only lead to effective parenting, but also serve as a road map to eternity not only for their children but also for the generations to come.

is an author and editor for The Bottom Line Ministries as well as a member of Faith Writers. Currently she teaches high school language arts. She is a mom to four amazing blessings and enjoys every moment life has to offer. Renee has a fervor and drive to learn, she loves to read and spend time with her family, and is involved with her local church ministries. Humbled by God’s gift of words, she has a passion to write what the Holy Spirit has placed in her heart. She hopes to publish her in-progress book someday, but in the meantime, is honored to be placed as part of the TBL writing family and is holding on to the ride wherever God is leading. Renee and her family reside in their country home in Holland, Iowa.
Previous Living in the Light
Next Shark Attacked