Breaking News
Home / Family / Whose Report Will YOU Believe, God or Man’s? 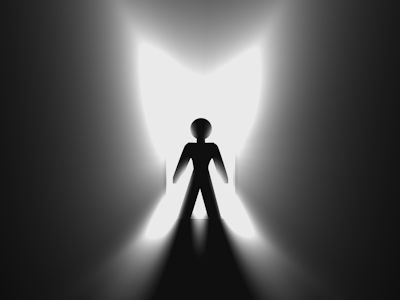 Whose Report Will YOU Believe, God or Man’s?

He was a highly esteemed Yoga instructor with 400 students when a Christian prayer group decided to pray and fast for his salvation.  As is often the case, God moved on behalf of those prayers and on Mike Shreve’s heart and another individual became a child of God.  Mike’s entrance into the kingdom came with such an “all in” commitment that many of his Yoga students became believers as well.

As a new believer, Mike made an agreement with God to put any thoughts of dating or marriage on hold until the time was right.  He filled his time with evangelical and missionary work.  At 39 years old, Mike heard God speak audibly to him about some specifics of his future. (Jeremiah 29:11)  God told him the name of his wife and that he would have an “attractive” son…wording which seemed odd to Mike at the time.  The future launched just as God said.  Mike met and married the girl God had named, but tests showed that she was unable to have children.

It was at this point that Mike and his wife had to make a decision.  They had to choose to believe the doctor’s report or believe God’s report given so long ago.  They chose to believe (act on) the report of Almighty God.  Once again, the Word of the Lord proved trustworthy.  Mike’s wife became pregnant with a son.  But the challenges didn’t end there.

Her labor began as usual but lasted a grueling 48 hours.  Part of that time the baby lay in the birth canal…waiting…too long.  A dangerous situation existed but additional problems hid themselves within the drama.  Once delivered, the umbilical cord was found wrapped around the baby’s neck three times.  The doctors presented the couple with a very grim report.   Their words included “oxygen deprivation” as well as “inevitable brain damage.”  Another choice loomed large over Mike and his wife.  Should they choose to believe God’s report or man’s report?  Bravely, they chose God’s report of an “attractive” son and began to pray for and proclaim a healed son, a normal son – the son that God had promised.  After his high school graduation, that son, who possessed a photographic memory by the way, entered Leigh University and earned a place in the most prestigious honor society at that school. (2 Samuel 22: 48-51)

God’s word is infallible; we simply need to believe Him.  God gave His report way ahead of the events because He knew the future and the attempts of the enemy of our souls to steal from us.  At life changing forks in the road, choices must be made between God’s report and man’s report.  God’s report is always trustworthy.  You can’t go wrong trusting Him and the word He has given you…even when you don’t understand the present, visible conflict.

What report has God made clear to you, either through His Word or personal encounter, concerning your life and times?  How has man’s report conflicted with God’s report?  Whose report will you believe, God’s or man’s?

I just love walking outdoors - day or night. I identify most with the creative side of God and am energized by His artistry all around this world. He amazes me every time I turn around! Yeah, God and thank you, Jesus.
Previous The Devolving of Our Minds: Losing The Art of Thinking
Next Katy Perry Quotes Scripture Before the Half-Time Show