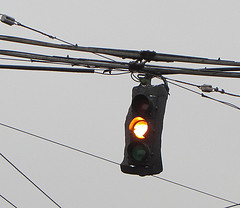 I stood there staring.

My eyes locked onto it as I shut out everything and everyone else around me. The chill that surrounded it made me shiver, yet my palms grew sweaty. Thoughts floated around in my head as my heart pounded and my adrenaline soared due to the battle of indecision that was taking place internally. I knew it was bad for me, but I also knew that it was so good. There it sat housed by the standing glass refrigerator in the store, looking mouth-wateringly irresistible…Double Fudge Chocolate Chip Cheese Cake!

Things that satisfy can be truly tempting. However, not everything that satisfies is good for us or is the right thing to do. I’m sure you’ve heard the saying “Sin is sweet,” and it’s the truth. If sin was unpleasant then we wouldn’t have any trouble remaining sinless. God has blessed us with this bitter-sweet ability call decision making. Quite frankly, sometimes we’re not very good at it.

Yes, having that cheese cake would satisfy my taste buds and my stomach momentarily. But all that unhealthy sugar, fat, and carbohydrate can be damaging to my body. I did nothing wrong just thinking about the cake. The problem would start if I decided to buy and eat the cake.

Temptation is not sin. We sin when we actually give-in and do what we’re tempted to do.

Whether we’re tempted by something as simple as desserts or something as major as drugs, sex, or even murder, our decision to indulge or not is what’s important. Like the yellow light on a stop sign, temptation forces us to stop before it’s too late. It’s a timely warning telling us that moving forward can be dangerous. But the decision to stop or take the risk is always ours to make.

Joseph and David, two mighty men of God, were faced with the same temptation—beautiful women. Yet the decision they made was as different as night and day. David decided to act on his temptation to sleep with Bathsheba even thou he knew she was married. (Second Samuel 11: 2-4) On the other hand, Joseph when tempted by his boss’ wife decided to refuse her offer to sleep with her, even if it meant fleeing. (Genesis 39: 7-12)

What will your choice be in the few seconds that the light is on yellow?

Amelia Brown is from the beautiful island of Jamaica. She is a 28 year old Guidance Counselor by profession, but a passionate writer at heart. Most of her articles written are aimed at stimulating positive change under the guidance of the Holy Spirit. She is also a published poet and a member of Faithwriters. Outside of writing, she enjoys volunteering, cooking, and turning frowns right side up. Amelia currently lives in New York.
@ameliambrown
Previous Our Meddling God
Next Whooo Can Find Wisdom?