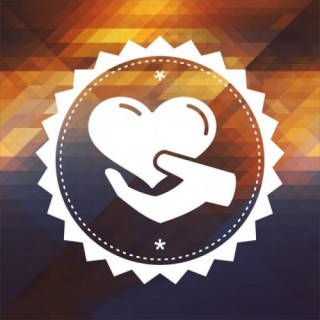 A Handful of Selflessness

With all the toxic people that I sometimes hear about or come across on a daily basis, hearing about or meeting a “Good Samaritan” is like receiving well needed penicillin. Take for instance the recent news about owner of the NBA L.A. Clippers, Donald Sterling, who was allegedly making racist comments in a recording. As stated on CNN.com, the audio tape released revealed a conversation between Sterling and his girlfriend—not his wife, but girlfriend— where he vent his frustration about her association with African-Americans at Clippers games, and posting pictures with them on Instagram. Now, this bit of information I can do without. His discriminative remarks just wring all the joy and the warm fuzzy feelings from my being.

Hearing about Nick Naylor’s story was the penicillin I needed to assist in restoring my slowly dwindling faith in humanity’s ability to be good and caring. Naylor rescued four year old Grace in the aftermath of a recent tornado, which left pulverized homes in its path. He not only rescued her from the rubble, but he also prayed for her while walking to safety. The joy and warm fuzzy feelings that was stolen from me by Sterling’s story, was replaced when I read about Naylor’s heroic act coupled with his faith in God. Grace was badly injured, nevertheless, she survived.

I feel contented in saying there’s still a sprinkling of good-natured people scattered all over the world. Living in a society where the percentage of bad far outweighs the percentage of good, it is comforting to know there are a few nontoxic servants seeking to give of themselves while interceding to God in prayer. Nick Naylor was not a part of any rescue organization; it was not his job. Yet, what is so amazing is that he saw a need and he selflessly offered his service, time, and prayer. Let us choose to surround ourselves with positive people as well as positive stories. Let us also choose to be the source of such positivity.

Amelia Brown is from the beautiful island of Jamaica. She is a 28 year old Guidance Counselor by profession, but a passionate writer at heart. Most of her articles written are aimed at stimulating positive change under the guidance of the Holy Spirit. She is also a published poet and a member of Faithwriters. Outside of writing, she enjoys volunteering, cooking, and turning frowns right side up. Amelia currently lives in New York.
@ameliambrown
Previous The God Who Answers Prayers
Next Failed Feet Makes Weak Stronger