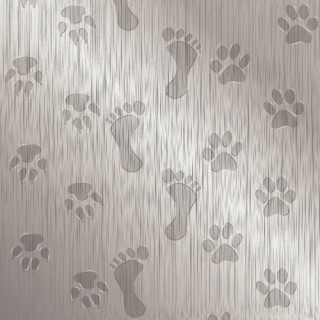 A Tale of Three Dogs

Dad was seven when his little brother passed away suddenly. He became an only child in an instant, having only his imagination as a constant playmate– until the first of three mixed-breed dogs came into his life…

Jack was the largest and the first of the three–“of Airedale and junk-yard ancestry,” Dad said. There is a black and white photo of Dad riding him around the yard, Jack looking patiently toward the camera. He was a loyal pet, allowing front-gate entrance by strangers at invitation-only! Dad remembered Jack to us, “he was my pal, my confidant and my protector.” Ole Jack only let him down one time when mischief took over and Dad found a lard jar, smearing the greasy, pork-scented mixture on the back porch. He innocently called to his father who came to see what was needed. When he promptly fell into the greasy mess on the floor, my dad ran for safety to the end of the yard. Seeing Jack there, he gave a desperate order,”sic him, Jack.” In disobedience to his young charge, Jack walked over to my grandfather, tail wagging, and sat at attention next to him! Jack would later die at the hands of a neighboring farmer who mistook him for a wild dog threatening his cattle. Dad would tear up years later telling us the story of how he looked at the farmer in childhood innocence and asked, “Why did you shoot my dog?”

Prince followed Jack, though no dog could replace Dad’s first pet. He was the dog Dad spent weekends with just taking walks around their small town, delivering newspapers, and trying to stay out of trouble. “A lady’s dog,” Prince did find trouble in the form of a fair companion—he wandered off with her and was never seen again. Dad never blamed him.

Rags was the last dog Dad would have before leaving for college. A peace-offering from the guilty farmer, Rags was “small, but with a heart as big as a skyscraper.” Rags was remembered as the dog that fought off four other dogs one day, keeping them from the family’s yard. Dad thought he was fearless. But his claim to fame was the time he became trapped under the front porch for nearly a week before his whimpering was heard and he was rescued by my grandfather who left work to come tear part of the porch out, rescuing him. Rags would eventually meet his demise at the hands of an angry farmer just like Jack did. He simply enjoyed chasing chickens too much!

Without his three faithful companions, Dad would have been very lonely growing up during the Great Depression. I know the impact each dog had on him because he loved to tell these stories about his childhood friends. There is a scripture passage in Proverbs 12 that tells us how a righteous man is kind to his beasts. And the animals in our care are important to God. But they care for us as well, with love, loyalty, and protection.My dad is gone now, but he said it best. “Old Jack, Prince and Rags… three dogs small in the grand scheme of things, but immense in the heart of their master.”

My husband Dan and I have three children and three grandchildren. We live in central Illinois. I am a graduate of The Institute of Children's Literature, a member of faithwriters.com, and a member of SCBWI. My writings have been published at chirstiandevotions.us, in DevotionMagazine, the PrairieWind Newsletter, and here at thebottomline.co.
Previous Blood Moons – God Is On The Move
Next Grand Theft Auto 5