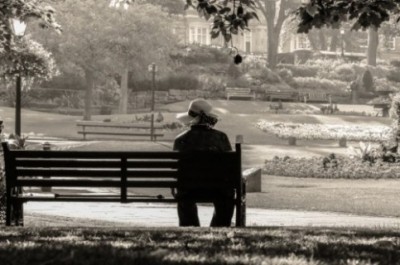 If you are struggling with loneliness, you’re not alone.

Wikipedia defines loneliness as a complex and unusually unpleasant response to isolation or lack of companionship. Loneliness typically includes anxious feelings about a lack of connectedness or commonalty with other people. As such, loneliness can be felt even when surrounded by other people. Loneliness has been described as a social pain-a psychological mechanism meant to alert an individual of isolation and motivate him/her to seek social connections.

The causes of loneliness are varied and include social, mental, or emotional factors. People can experience loneliness for a variety of reasons, such as depression, social anxiety, prior failed relationships, fear of rejection, and low self-esteem. Lonesomeness can occur after the birth of a child, after marriage, moving to a new town, end of a relationship either through divorce or death, and unstable relationships in marriage or family.

Everyone experiences seasons of being alone. Loneliness has intensified in every society as modernization has occurred. Americans seem to report more loneliness than any other country. A 2006 study in the American Sociological Review found that Americans on average had only 2 close friends. The percentage of people who had no such confident rose from 10% to 25%, and an additional 19% said they had only one confident, their spouse. Research has shown that feeling alone is widely prevalent throughout society among people in marriages, relationships, family, and successful careers.

God could be using your time of loneliness to deepen your relationship with Him, and to use this experience to minister to other hurting and lonely people-after all, you know what it feels like.

Stephanie has a heart and passion to see broken lives restored and redeemed through Jesus Christ. She writes through her personal experiences and her educational and professional background. She has over 17 years experience in counseling, and has a Master's degree in Social Work, Bachelor's degree in Psychology, and is a Licensed Belief Therapist. Stephanie has been married for 16 years,and has one grown son. Stephanie's desire through her writings is to bring hope and encouragement to the body of Christ, that no matter what you have been though or going through, there is restoration and redemption through Jesus Christ.
@Stephrreck
Previous The God Assignment
Next Living After Death