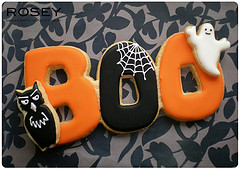 Typical Halloween festivities include hosting or attending costumes parties, playing trick-or-treat, visiting haunted houses, watching scary movies or telling horror stories. Although this unofficial holiday is marked with colorful costumes and candies of all variety, it was not intended for those who enjoyed playing dress-up neither was it created for candy lovers. Halloween is dedicated to remembering the dead.

The dead encompasses the Saints, which inspired the alternative name for Halloween known as “All Saints’ Eve.” This name came about because Halloween was celebrated the day before All Saints’ Day. Yet, whether the dead is a Saint, Prophet, Priest or Pastor, he or she remains dead and knows nothing of the celebration. The dead remains in the grave and is unable to help, protect, or save us. “The living at least know they will die, but the dead know nothing. They have no further reward, nor are they remembered. Whatever they did in their lifetime—loving, hating, envying—is all long gone. They no longer play a part in anything here on earth.” (Ecclesiastes 9: 5-6)

There remains only one person who was able to defy death and live victorious. They hanged him on a cross; he bled and died. They buried him in a tomb; he conquered death, and rose from the grave. (Mark 15: 21-37, 16:1-6) Not only that, he didn’t just rise and leave us with death as our final home. He’s coming back to save us. That man is Jesus Christ.
During this Halloween season, isn’t it more fitting to celebrate Jesus, death’s victor and our savior?

Unlike the dead, Christ can hear, see, and appreciate our celebration of him. In addition, when we honor him he rewards us with life eternal. “For God so loved the world that he gave his one and only Son, that whoever believes in him shall not perish but have eternal life.” (John 3:16) On the 31st of October when everyone else is honoring the dead, find a special way to honor Jesus Christ. He is the only one who lives after death.

Amelia Brown is from the beautiful island of Jamaica. She is a 28 year old Guidance Counselor by profession, but a passionate writer at heart. Most of her articles written are aimed at stimulating positive change under the guidance of the Holy Spirit. She is also a published poet and a member of Faithwriters. Outside of writing, she enjoys volunteering, cooking, and turning frowns right side up. Amelia currently lives in New York.
@ameliambrown
Previous Are You Lonely?
Next What Happened to Wisdom in America?