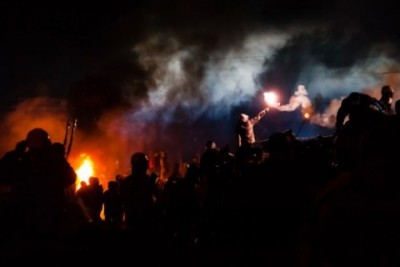 We’re hearing a lot these days about ‘justice’ – or rather the lack of it. No one can deny that inequality exists.And no one can deny that injustice is a reality – even in a country with the best system of justice to be found. The problem is that we live in an imperfect world filled with imperfect people.
It is an issue for us because our sense of justice is from our own personal (selfish) human perspective. God alone can determine what is just because He alone is perfectly just. We get indignant when we feel we’ve been ‘done wrong.’ But if we could look at our behavior through the eyes of our righteous God we would see what He sees.

How long will the nightly reports of tragedies and protests continue? Is there a solution to this dilemma we face as a nation? While injustice is an unfortunate result of our flawed human nature, our response to it could be changed. But to do so we must accept that ultimately God is in control of the scales of justice.

Romans 12:17-21 (HCSB) 17 Do not repay anyone evil for evil. Try to do what is honorable in everyone’s eyes. 18 If possible, on your part, live at peace with everyone. 19 Friends, do not avenge yourselves; instead, leave room for His wrath. For it is written: Vengeance belongs to Me; I will repay, says the Lord. 20 But
If your enemy is hungry, feed him.
If he is thirsty, give him something to drink.
For in so doing
you will be heaping fiery coals on his head.
21 Do not be conquered by evil, but conquer evil with good.

Unfortunately, we have allowed God to be pushed out of the fabric of American. The enlightened ones have told us we don’t need Him. Children are no longer taught there is an awesome God of the universe, who is in control. Instead, they are brought up with this vague idea of a ‘man upstairs,’ who loves us and wants our life to be wonderful… Even worse, they believe there is no God at all. Therefore, administering justice is entirely up to us. But it isn’t.

Relinquishing the control over the outcome is much easier said than done. Our tendency is to want to see to it that they ‘pay’ for what they’ve done… or what they have not done. When we don’t see what we believe to be fair, we can revert back to childish behavior displayed in adult temper tantrums.
The simple fact is we must work constructively and peaceably for change when we believe it is necessary. We cannot allow ourselves to be whipped up into a frenzy by those claiming to seek ‘justice,’ while spewing speculative comments and hateful rhetoric.

Those in law enforcement have a job to do. Each day is filled with uncertainty whether they will return home at the end of their shift. Their decisions sometimes must be made within seconds. At times, their decisions can be wrong, unfortunate, and even tragic. This does not make them evil. It makes them human. Indeed there are a few who enjoy their ‘power’ a bit too much and abuse it intentionally. But they are in the extreme minority. They will account for their behavior, if not in this life certainly in the next.

Should we let injustice, when it occurs, to continue – to be swept under the rug? Of course not. However, vengeful attitudes and riots will not bring about effective change. It detracts from the message and can recklessly destroy people’s lives and livelihood. It does not bring justice. Make your voices heard. Peacefully protest – we have that right. It is expressly guaranteed in order to hold authorities accountable. Use it.

We should diligently work to right the wrongs of society. It is our responsibility as citizens to do so. As we do, however, we must also practice forgiveness. We will one day face a judge and we will be found guilty. If we have accepted Jesus as our Savior, we escape our punishment. We must remember, however, what happened to the slave who refused to forgive.

Matthew 18:32-34 (HCSB) 32 “Then, after he had summoned him, his master said to him, ‘You wicked slave! I forgave you all that debt because you begged me. 33 Shouldn’t you also have had mercy on your fellow slave, as I had mercy on you?’ 34 And his master got angry and handed him over to the jailers to be tortured until he could pay everything that was owed. 35 So My heavenly Father will also do to you if each of you does not forgive his brother from his heart.”

Melinda is currently the worship leader at her small church in rural America. Married for 23 years, she and her husband Larry have one son. She is the Director of Mailing in the print/mailing industry by day and freelance author by night. Her desire to write is a passion borne from tragedy. God used it to take her faith to a much deeper level. Melinda is a freelance writer and member of FaithWriters. She joined the TBL team in March 2014. Believing we are citizens of a greater ‘kingdom,’ her articles for The Bottom Line examine governmental responsibility, citizen involvement and current political topics. With the great wisdom contained in scripture as her guide, she looks at today’s political environment from a Biblical perspective. She prays her words will prompt the reader to view citizenship - and every aspect of their life, through the eyes of faith. Col 3:17 To read more of Melinda’s writings on her faith, hope, and life visit her blog Still Living Still Loving or her page at Faithwriters.com. You can also follow her on Twitter @MKZbk.
@@MKBzk
Previous Psalm 78:4: What’s Your Story?
Next Mercy On Life’s Stormy Sea