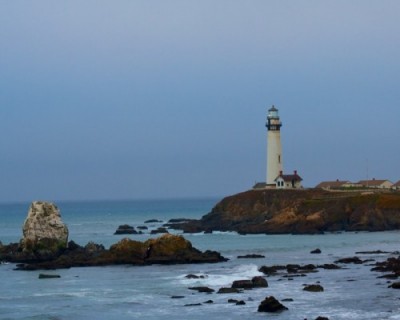 Are you a light or just one inside the four safe walls of church? Do you shine for Jesus or just say you do? How many times have you stood by while your friends made some side mark comment about a classmate? I’m guessing more than once because you have been afraid of what people might think of you. After all, you don’t want to become stereotyped as that “church girl” or “Jesus freak”.   Or, maybe you do. What if fitting in actually reversed into the role of fitting out?

These days I believe there is more pressure to just fit in than there ever was before. But what if, fitting in means being the one who stands out the most? Let me explain. How many times do you hear people complaining in a day, an hour, even five minutes? It seems like people are always grumbling about something. Does your voice rise up with the rest or are you the one who tries to turn the complaints into a positive spin maybe even saying to those around you “It could be worse.” Whatever your catch phrase is to change an attitude doesn’t matter it’s the intention behind the purpose, to be the light. So, what if you stand out. Isn’t that what Jesus did? He stood out amongst his peers and made what appeared to be abnormal into normal. He did crazy things like healing a blind man with his own spit! (Eww!) Using the Sabbath Day to heal people instead of just spending time in the synagogue praying, he was applying theory to reality. Having thousands of followers became the norm because people were drawn to him since his light shown above the sun.

What about you? Are you willing to change people’s perception of reality? That what may appear to be normal is really not how God instead for life to be? I challenge you to be the first amongst your peers to start the revolutionary wave of change.

is an author and editor for The Bottom Line Ministries as well as a member of Faith Writers. Currently she teaches high school language arts. She is a mom to four amazing blessings and enjoys every moment life has to offer. Renee has a fervor and drive to learn, she loves to read and spend time with her family, and is involved with her local church ministries. Humbled by God’s gift of words, she has a passion to write what the Holy Spirit has placed in her heart. She hopes to publish her in-progress book someday, but in the meantime, is honored to be placed as part of the TBL writing family and is holding on to the ride wherever God is leading. Renee and her family reside in their country home in Holland, Iowa.
Previous Following God’s Economic Plan
Next Wasted Talents