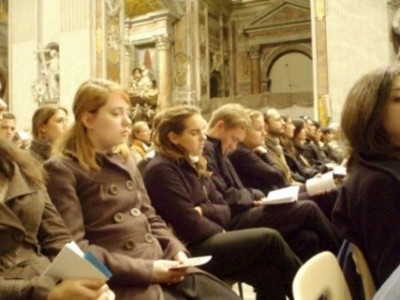 Our nation is in a natural and spiritual crisis. There has been a gradual decline in morality in this nation since prayer was removed from schools in 1962. Abortion becoming legal in 1973, and now the rise in legalized gay marriages; with Massachusetts being the first state to recognize gay marriage in 2004. Recreational use of marijuana is now legal in Colorado and Washington State. The government has slowly been taking over our freedoms, and we have allowed it!

Criminals are getting bolder, and doing things we have not seen before. The number of people in prison is not only rising, but criminal activity is increasing. According to the FBI, America has the highest incarceration rate in the world. There are a total of 1.4 million gang members living in America, just since 2009 the number has risen to 40%. The U.S. has a higher percentage of drug addicts than any major industrialized nation does, and has the highest rate of illegal drug use in the world. There is a rise in human sex trafficking in the United States, and sexual crimes against young children. There are more than 3 million reports of child abuse in the U.S. every year, and the U.S. has the highest child abuse rate in the entire world. Today, the U.S. has the highest divorce rate than anywhere else. America has the highest teen pregnancy rate, and 1 out of every 14 girls in the U.S. has a sexually transmitted disease.

While all of this is going on in our nation, Christians are blending in with the culture around them. Christians are having abortions, committing adultery, getting divorced, accepting homosexual lifestyle and marriage, and becoming addicted to pornography as well as social media. We are to be the salt and light, and watchman on the wall to pray and intercede for the things of God and His return, BUT the church has fallen asleep.

Lord, Jesus awaken the sleeping souls that have slumbered and allowed these atrocities in our land. Let your people be more concerned for the things of you, and not about the things in our culture or even the fancy and organized church programs. Let us be a people who are desperate for you, desperate for you to heal our land. Lord, rise up a remnant who will pursue the things of you, and be watchman on the walls for our nation, our families, and church. God, we need you in this nation. Revive your people, and let them see with your eyes the evil that has been taking place in America, and let the church rise up and take a stand. In your powerful and Holy name, Jesus Christ we pray.

But stay awake at all times, praying that you may have strength to escape all these things that are going to take place, and to stand before the Son of Man. Luke 21:36

If my people who are called by my name humble themselves, and pray and seek my face and turn from their wicked ways, then I will hear from heaven and will forgive their sin and heal their land.  2 Chronicles‬ ‭7:14

See “What does the Bible say about the last days.”

Stephanie has a heart and passion to see broken lives restored and redeemed through Jesus Christ. She writes through her personal experiences and her educational and professional background. She has over 17 years experience in counseling, and has a Master's degree in Social Work, Bachelor's degree in Psychology, and is a Licensed Belief Therapist. Stephanie has been married for 16 years,and has one grown son. Stephanie's desire through her writings is to bring hope and encouragement to the body of Christ, that no matter what you have been though or going through, there is restoration and redemption through Jesus Christ.
@Stephrreck
Previous He Believed. Can You?
Next 10 Bible Verses That Can Get You Through Any Day