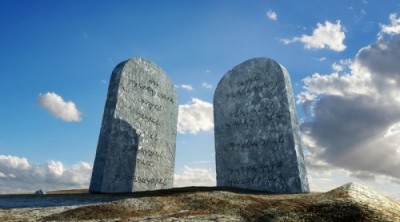 John8:1-11” Jesus returned to the Mount of Olives, 2 but early the next morning he was back again at the Temple. A crowd soon gathered, and he sat down and taught them. 3 As he was speaking, the teachers of religious law and the Pharisees brought a woman who had been caught in the act of adultery. They put her in front of the crowd. 4 “Teacher,” they said to Jesus, “this woman was caught in the act of adultery. 5 The Law of Moses says to stone her. What do you say?”6 They were trying to trap him into saying something they could use against him, but Jesus stooped down and wrote in the dust with his finger. 7 They kept demanding an answer, so he stood up again and said, “All right, but let the one who has never sinned throw the first stone!” 8 Then he stooped down again and wrote in the dust.9When the accusers heard this, they slipped away one by one, beginning with the oldest, until only Jesus was left in the middle of the crowd with the woman. 10 Then Jesus stood up again and said to the woman, “Where are your accusers? Didn’t even one of them condemn you?” 11 “No, Lord,” she said. And Jesus said, “Neither do I. Go and sin no more.”

Jesus was the master of loving people and he stood against sinful behavior but not by belittling the person caught in sin. He was keen on diffusing hot political situations and yet he never compromised himself or his teachings in them. Take the example in John 8:1-11 of the woman caught in the actual act of adultery. The Pharisees brought her to him to test him. They thought he would break Moses’s command to stone to death anyone caught in adultery; then they would trip him up and have him tried and killed.

“So teacher they began this woman was caught in the act of adultery and the Law of Moses says one caught in this act should be stoned. What do you say?” Jesus was stooped down writing in the dust. They kept pressing him; Jesus stood up and said “Let the first of you without sin cast the first stone. OUCH! Who there was without sin and could throw the first stone? Exactly, none and being convicted by their conscience each left one by one till there was no one left but Jesus and the woman caught in adultery. Jesus said to the woman “Where are your accusers? Didn’t any one of them condemn you?” “No Lord she responded.” Jesus said to her neither do I go and sin no more. Jesus did not condemn her nor did he give her a tongue lashing about her sinful behavior. He simply said, “Go and sin no more.”

We can learn a valuable lesson by our Lord’s example. We can enter into the hot political debates of our time, sign petitions and even lobby for changes to laws that disagree with the Christian lifestyle. Like Jesus did we can do it in an attitude of humility, wisdom and love and still stand strong for our Christian heritage without compromising.

Greg is a born again believer who testifies to the absolute transforming power of God's word. Greg has been called to full time ministry and He has known Jesus for most of his life. Greg received his degree in Pastoral Ministries from what was formerly Bethany University in Santa Cruz,California. View Greg blogs on iwriteforjesus.com. Greg has a book published on " To Jesus Christ the High Priest of my confession: A personal Testimony." find it on http://www.amazon.com/Christ-Priest-Confession-Personal-Testimony/dp/1507706847/ His testimony in short form is published in "Trials and Triumphs II" on http://www.amazon.com/Trials-Triumphs-II-FaithWriters/dp/1498416012/. This book is filled with 50 inspirational testimonies and is a project of Faith Writers.
Previous Honoring Mothers Today
Next Questioning Authority -Part 2 __________Honoring God While Practicing Discernment