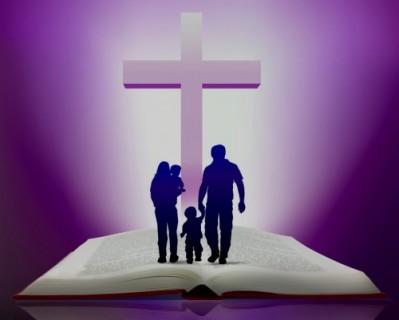 Daniel 6:6 So the administrators and high officers went to the king and said, “Long live King Darius! 7 We are all in agreement—we administrators, officials, high officers, advisers, and governors—that the king should make a law that will be strictly enforced. Give orders that for the next thirty days any person who prays to anyone, divine or human—except to you, Your Majesty—will be thrown into the den of lions. 8 And now, Your Majesty, issue and sign this law so it cannot be changed, an official law of the Medes and Persians that cannot be revoked.” 9 So King Darius signed the law.

In politics, little has changed over the years. There are still political calculations, jockeying for position, and power struggles. Daniel had proven himself to be far superior to any of the other administrators. The other high officials had to concoct a plan to discredit him because the king planned to place him over the entire empire. Daniel had proven himself. The king knew he far exceeded the others. Daniel sought the wisdom of God and God blessed him. Daniel would be their boss. One of the captives of Judah- their boss! They were not about to let that happen. Sometimes it’s just all about power. Most times it’s rooted in pride. Daniel, however, remained obedient to God and God protected him against these conspirators’ plot.

Daniel 6:10 But when Daniel learned that the law had been signed, he went home and knelt down as usual in his upstairs room, with its windows open toward Jerusalem. He prayed three times a day, just as he had always done, giving thanks to his God.

We are instructed to submit those in authority over us because it is by God’s divine authority that they are placed there. As Daniel demonstrates when earthly authorities conflict with God’s commands and His authority, we must obey God. When earthly authorities undermine the authority God has given us as parents over our children, we must realize we are accountable for the physical, emotional, educational, and spiritual lives of our children.

God will not hold us blameless if we ignore His commands. One way we can do this by brazenly denying Him and his authority and refusing to raise our children in the fear and admonition of the Lord. Another less obvious way is by relinquishing the privilege and authority that he given us over our lives, and the lives of our children, to authorities instituting ungodly laws, rules, and regulations.

God may permit someone to have a position of authority, but it does not necessarily mean that the person will not abuse the power and position that he has been given. It does not mean that we no longer need to think for ourselves and determine, by seeking God’s wisdom, what is right and what is wrong. This does not mean we defy authority every chance we get. Neither does it mean we blindly accept every proposed ‘agenda’ – whether it has been decreed by law or not.

Deuteronomy 11:16 “But be careful. Don’t let your heart be deceived so that you turn away from the Lord and serve and worship other gods. 18 “So commit yourselves wholeheartedly to these words of mine. Tie them to your hands and wear them on your forehead as reminders.19 Teach them to your children. Talk about them when you are at home and when you are on the road, when you are going to bed and when you are getting up. 22 “Be careful to obey all these commands I am giving you. Show love to the Lord your God by walking in his ways and holding tightly to him.

Melinda is currently the worship leader at her small church in rural America. Married for 23 years, she and her husband Larry have one son. She is the Director of Mailing in the print/mailing industry by day and freelance author by night. Her desire to write is a passion borne from tragedy. God used it to take her faith to a much deeper level. Melinda is a freelance writer and member of FaithWriters. She joined the TBL team in March 2014. Believing we are citizens of a greater ‘kingdom,’ her articles for The Bottom Line examine governmental responsibility, citizen involvement and current political topics. With the great wisdom contained in scripture as her guide, she looks at today’s political environment from a Biblical perspective. She prays her words will prompt the reader to view citizenship - and every aspect of their life, through the eyes of faith. Col 3:17 To read more of Melinda’s writings on her faith, hope, and life visit her blog Still Living Still Loving or her page at Faithwriters.com. You can also follow her on Twitter @MKZbk.
@@MKBzk
Previous Jesus in Politics
Next His Love Never Fails Part II