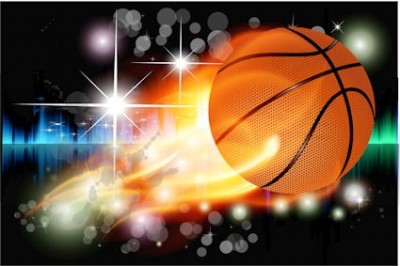 Since basketball fans are now paying close attention to the NCAA tournament outcomes, I thought it fitting to drop a highly esteemed name known among sports circles – John Wooden.  Warmly known as “Coach” by many of his previous players at UCLA, this exceptional individual earned the title of “the greatest coach of all time, across all sports“. (ESPN)  His goal in life?  He sought to produce victorious players not only as teams, but also as individuals living out their lives.  He considered all his players extended family members and taught them that “winning is more than scoring.”  When he gave his players the pregame talk, he never mentioned winning.  He believed that a team could be the looser even though outscoring their opponent and could also be the winner even having been outscored.

Coach Wooden has been described as a humble man.  He reportedly gave selflessly to make life better for others.  He was and still is revered and respected throughout the sports and academic communities.  Early in his career, 1934, after much pondering of the term “success”, he landed upon his own definition: “Success is peace of mind which is a direct result of self-satisfaction in knowing you made the effort to become the best that you are capable of becoming.”  All his teaching and coaching efforts were based on this rich, foundational nugget.  He instilled in those under his guidance that “your reputation is what you are perceived to be, your character is what you really are…” (Recorded at TED2001, February 2001, in Monteray, California)  While teaching and coaching, he lived by three rules instilled in him by his father: never be late (whether starting or ending), never utter one word of profanity, and never criticize a teammate.

Coach Wooden’s personal life followed the same vein of integrity and uprightness as his public life, even while being a man of such great acclaim and success.  One example involves his loyalty to his beloved wife of 53 years, Nellie, who died on March 21, 1985.  Moments With You by Family Life writes that a Sport’s Illustrated article reported that every year on March 21, Coach Wooden would write a simple love letter to his wife letting her know that he missed her.  He told her how much her love and life meant to him.  He wrote of his joy and anticipation of seeing her again. He then added this note to the hundreds already written and tied with a yellow ribbon which lovingly lay upon her pillow.  He retired each night to his side of the bed, lying under the same bedspread they shared all those years.  He passed away at the rich, old age of 99 years.

This story puts me in mind of the words of Jesus in Philippians 2:5-9 where Jesus humbled himself and, because He did, God highly exalted Him.  1 Peter 5:6 tells me that God highly esteems the humble.

So, do you seek to be successful?  Humility is one of the most important first steps next to accepting Jesus as Lord of your life.

Where do you want to succeed?  What steps of humility and integrity can you take to move closer to your goal?

I just love walking outdoors - day or night. I identify most with the creative side of God and am energized by His artistry all around this world. He amazes me every time I turn around! Yeah, God and thank you, Jesus.
Previous Are You a Foolish Wife?
Next Reunited: Tree63 to Release 7th Album after 7-Year Hiatus