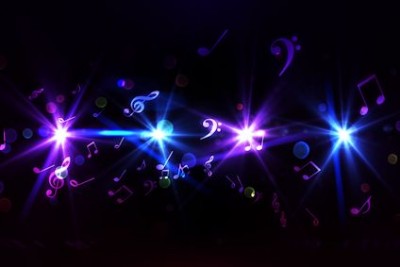 The South African trio is back after taking a seven-year sabbatical. Tree63 will release their seventh studio album Land this summer.

The group began a Kickstarter campaign to raise the necessary funds to produce the new independent album. As of this writing, the group has raised an astonishing $19,088 from 336 backers. On March 20, the group announced that when the group meets its $20,000 goal, all backers will receive a download of the band’s latest single: “The Storm.”

According to New Release Tuesday, the debut song features lyrics that sparked the title of the new album, which the band announced on Friday.

“Many of the new songs on Land are about being on a long and treacherous journey and finally seeing our rescue in the distance,” John Ellis, Tree63 lead vocalist and guitarist said in a press release. “There is no more treacherous a journey than one at sea, and the ocean is often a really effective metaphor for our spiritual journeys. ‘Land’ is the single most hoped for event for a sailor on a stormy sea, and likewise on our journey with God we long for some sense of certainty that God is all we imagine and hope for. Of course, we never quite make it this side of eternity, but we can have courage in the fact that land is in sight!”

This is the band’s first album release since 2007’s Sunday! record. During their seven-year break, each of the band members pursued individual ventures, all of which were rooted in the music industry. Over the years they kept in touch and remained friends, and are now thrilled to utilize their acquired experiences, which have ultimately positioned them to produce a high-quality record.

“I’m excited to be doing these songs, singing these lyrics, playing these guitars, and just making a Tree63 record that I know Tree63 has been capable of…” Ellis says.

Fans can contribute by giving financially to their Kickstarter campaign and depending on their giving tier, will receive a tremendous bundle of gear. Everything from stickers and CDs to signed drumsticks and hand-written lyrics to your favorite Tree63 song.

“We feel we’re the best we’ve ever been,” Daniel Ornellas, Tree63’s bass player, said. “We’re excited about what we’ve got to bring.”

Are you new to Contemporary Christian music? Never heard of Tree63? You probably have and just don’t know it. The band landed a Dove Award for “Rock Album of the Year,” recorded several critically-acclaimed albums, and released numerous radio singles, including No. 1 hit and Billboard’s Most Played Christian Song of the Year in 2004 “Blessed Be Your Name.” Remember that one?

The band members are natives of South Africa and formed a Christian rock group in 1996, and quickly came up with the name “Tree.” But legalities got in the way as an American band had already snagged the name, so they tacked on “63.” The number harkens back to Psalm 63, which served as the band’s inspiration.

“We were originally just ‘Tree,’ after the numerous references in the Bible to trees: the Garden of Eden, the cross Jesus hung on, etc.,” Ellis said in an interview with Christian Music Daily back in 2007. “‘63’ was the title of our second record, and it came from Psalm 63. When we got to the States in 2000, we discovered a band in Boston called ‘Tree’ already, and they were unwilling to give up their band name, so we had to either alter or change ours. The compromise was ‘Tree63.’”[1]

Learn more about the new album by visiting their website, and check out their brand new single below, and tell us: What do you think? Are you excited to see Tree63 back on the stage?

is a freelance writer and contract copywriter who lives in the seacoast region of New Hampshire with her husband, Eric-Thomas,of five years. She currently serves alongside her mother as the Marketing Director for God’s Girls Christian Store and More, a online retail store serving the southern New England region. Her work has been featured in several print and online publications, and she is the recipient of two Faithwriters’ Editors Choice Awards for her short stories, which are scheduled for publication in the Mixed Blessings series. Her first book, Fragile: 30 Days of Hope for the Anxious Heart, is now available at samanthaarroyo.com. She can be reached at [email protected].
Previous John Wooden: Modeling True Success
Next Can a Christian Have a Demon?