Breaking News
Home / Family / Are You a Foolish Wife? 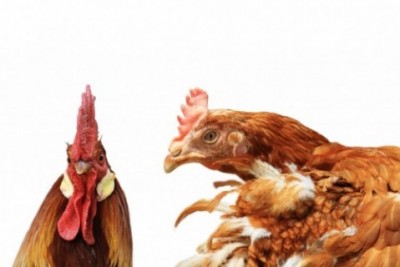 Are You a Foolish Wife?

According to Merriam-Webster, insanity is defined as “something that is very foolish or unreasonable”.  No one would ever care to define themselves as insane, yet continuing the same pattern over and over again only to achieve the same results would be classified as just that notion.

Take for example a wife who constantly asks her husband to pick up his dirty laundry, put the toilet seat down, do the dishes, or help out with the kids more. Although the requests are simple, it’s the principle behind the issue; she is foolish to think that an established habit will dissipate under her ceaseless barrages and nagging. Her foolish attempts to change her husband are slowly causing her to go insane.

However, a husband may respond best to a wife’s requests when she shows him respect instead of pointing out his flaws. Rather than calling her husband out on what he is doing wrong, a wife is to build him up and praise him for what he does well.

At this point, most wives may be cringing at the idea of having to give their husband brownie points for happenings that they do everyday. Yet, nurturing him in a job he may not feel equipped to do or that he feels he will do incorrectly based upon criticism in the past, a wife is building up her husband’s stamina for change.

In Proverbs 14:1, wisdom is given in regards to a wife and her attitude towards her home.

“The wise woman builds her house, but the foolish pulls it down with her hands.”

Instead of pulling down her husband with her words, a wife is to build her household up through her words of support, inspiration, and encouragement. All other means may be considered foolish and insane to the unwise.

In what ways do you nurture and cultivate a positive environment in your home?

is an author and editor for The Bottom Line Ministries as well as a member of Faith Writers. Currently she teaches high school language arts. She is a mom to four amazing blessings and enjoys every moment life has to offer. Renee has a fervor and drive to learn, she loves to read and spend time with her family, and is involved with her local church ministries. Humbled by God’s gift of words, she has a passion to write what the Holy Spirit has placed in her heart. She hopes to publish her in-progress book someday, but in the meantime, is honored to be placed as part of the TBL writing family and is holding on to the ride wherever God is leading. Renee and her family reside in their country home in Holland, Iowa.
Previous Shopping & Bible Reading: Online or Hands-on? (Part 1)
Next John Wooden: Modeling True Success