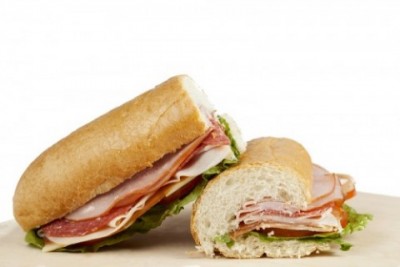 A storm that instantly subsides, a blind man healed by spit, one boy’s lunch that feeds a crowd with leftovers. All appear to be out of the ordinary, yet each circumstance has one main purpose, to show God’s crazy love for us. That same God gave True Bethel Baptist church of Buffalo, New York, a crazy idea as well, owning a franchise of the famous sandwich chain, Subway.

Opened in 2003 and housed in the same location as the church, the Subway’s main purpose, according to Reverend Darius Pridgen, is to “provide job training to neighborhood residents and food for the hungry.” (Fortune.com)

During the 2nd season in 2010 of Undercover Boss, the franchise location gained additional attention when Don Fertman, Chief Development Officer of Subway went undercover. Upon his visit, Fertman took the initiative to get to know a little more about the church and its services. In addition, he commended the church on their overall integrity represented at the franchise’s location, and he presented the idea of using the True Bethel location as a model for future branches.

Although the fast-food restaurant was recognized as a potential model for the corporation, “this was, first and foremost, an independent, bottom-up initiative by the church.” (Sunde)

Sitting in a run-down part of town, True Bethel appears to be the brightest light in the neighborhood. Pridgen initially started out with just 25 people in the congregation. Today that number has risen to roughly 3,500 members. “The church that expanded under his watch grew in his image. The institution is bold, eccentric, entrepreneurial.” (Buffalostoryproject.com),and doing God’s work.

Wild and outlandish ideas to bring about change are God’s specialty. He wants us to love and serve others the way that Jesus did even if that means ordering a sub sandwich at the same place you come to worship.

Would you share with us what outlandish ways God has used you to show His love?

is an author and editor for The Bottom Line Ministries as well as a member of Faith Writers. Currently she teaches high school language arts. She is a mom to four amazing blessings and enjoys every moment life has to offer. Renee has a fervor and drive to learn, she loves to read and spend time with her family, and is involved with her local church ministries. Humbled by God’s gift of words, she has a passion to write what the Holy Spirit has placed in her heart. She hopes to publish her in-progress book someday, but in the meantime, is honored to be placed as part of the TBL writing family and is holding on to the ride wherever God is leading. Renee and her family reside in their country home in Holland, Iowa.
Previous Honor The Widows In The Church
Next More Terrorism-Coming Soon To A City Near You?