Breaking News
Home / Featured / No Exemption for the IRS 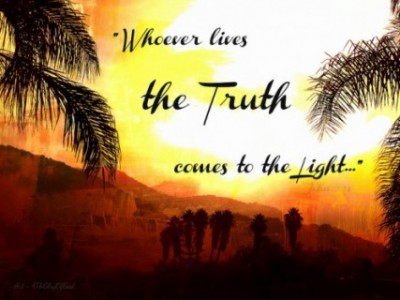 No Exemption for the IRS

A special committee for the House of Representatives is currently holding hearings on the “IRS Scandal.” Polls indicate that now, over 70% of the American people are suspicious of the IRS. This is nothing new. I believe it’s fair to say that there has never been great love and admiration for this agency. They have had a bad reputation going back to the time of Jesus. The Pharisees even criticized Jesus for associating with them.

Mark 2:16-17 16) When the scribes of the Pharisees saw that He was eating with sinners and tax collectors, they asked His disciples, “Why does He eat with tax collectors and sinners?” 17) When Jesus heard this, He told them, “Those who are well don’t need a doctor, but the sick do need one. I didn’t come to call the righteous, but sinners.”

They intimidated the people then, and the people are still intimidated by them today. This intimidation has reached a new level in the past year. It has been alleged that the IRS ‘targeted’ conservative groups for increased scrutiny. Is it nothing more than an unsubstantiated claim advanced by conservatives? Is it nothing more than a politically driven baseless allegation? Was it simply actions of a few rogue agents? Or was this increased scrutiny prompted by higher level management? There is no proof. This is true, there is no hard evidence.

There are, however, enough facts to cause suspicion.

Not a single one of these facts is ‘hard evidence’ of wrong doing. To tell the people to ignore all these things can be likened to the Great Oz instructing Dorothy and her companions to “Pay no attention to the man behind the curtain.”

Collectively these factors indicate that something is simply not above-board. In spite of this common sense deduction, there are those who insist that any investigation is politically motivated. It is referred to as, yet another ‘phony scandal.’ How do we know that it is phony? We don’t.

I am the first one to stand up for presumed innocence and protection against self-incrimination. I believe that it is guilt, not innocence, that must be proven. I also know that our Constitution was designed to protect us against government oppression.

The IRS is an organization within the government which holds great power over every American – power which needs to be held to account. It will hold even more power upon the full implementation of the Affordable Care Act. This is the entire reason there must be a full investigation… We must learn the truth.
~ Because the truth matters.

Ephesians 5:13-14 (AMP) 13) But when anything is exposed and reproved by the light, it is made visible and clear; and where everything is visible and clear there is light. 14) Therefore He says, Awake, O sleeper, and arise from the dead, and Christ shall shine (make day dawn) upon you and give you light.

Melinda is currently the worship leader at her small church in rural America. Married for 23 years, she and her husband Larry have one son. She is the Director of Mailing in the print/mailing industry by day and freelance author by night. Her desire to write is a passion borne from tragedy. God used it to take her faith to a much deeper level. Melinda is a freelance writer and member of FaithWriters. She joined the TBL team in March 2014. Believing we are citizens of a greater ‘kingdom,’ her articles for The Bottom Line examine governmental responsibility, citizen involvement and current political topics. With the great wisdom contained in scripture as her guide, she looks at today’s political environment from a Biblical perspective. She prays her words will prompt the reader to view citizenship - and every aspect of their life, through the eyes of faith. Col 3:17 To read more of Melinda’s writings on her faith, hope, and life visit her blog Still Living Still Loving or her page at Faithwriters.com. You can also follow her on Twitter @MKZbk.
@@MKBzk
Previous Shipwrecked On God
Next Middle Ground