Breaking News
Home / Featured / Out from under the Card 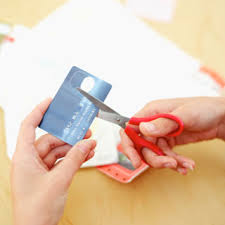 Out from under the Card

This is a true story that happened here in twenty first century America. No, the names have not been changed to protect the innocent. Actually, no names will be given at all. This heartwarming tale comes from the annals of my own personal history. The story unfolds around the end of 2011.

I had been laid off from a job about two years earlier and finances were very tough. We were at the point of charging basic groceries every week. This pattern brought us into a downward spiral of mounting unwanted credit card debt.  I began calling bill collectors to tell them we would be late on the monthly cycle. Most of the service providers were very kind and willing to work with us.  There was a couple in the batch that were not so understanding and not willing to work with us on the late payment schedule.

One of these was a credit card company who would call us weekly to try and arrange a pay schedule with us. Some strange reason we could not seem to get on the same page about when to make the payments each month. The drama unfolded to the point where we owed them over $300.00 for a month’s bill. I tried talking with them to give us more time to get the money to pay the bill. They would have none of it. They called one Friday afternoon and informed us that if we did not have the payment sent to them by the following Tuesday they would turn our delinquent account over to a bill collector.

We had no way to pay the bill off in that short amount of time. Sunday we went to church and we knew somehow the money would be coming in at just the nick of time. We walked into the sanctuary and our pastor walks over to us and said” I was told to give this to you and I had nothing to do with it.” He hands us an envelope and my wife looks inside of it……. Guess what the envelope was stuffed with $20.00 bills in the amount of $500.00. Someone in the church anomalously gave us the money as a gift. The gift covered the credit card debt and we had some extra cash left over. So Robin Hood still exists in this modern world.

Greg is a born again believer who testifies to the absolute transforming power of God's word. Greg has been called to full time ministry and He has known Jesus for most of his life. Greg received his degree in Pastoral Ministries from what was formerly Bethany University in Santa Cruz,California. View Greg blogs on iwriteforjesus.com. Greg has a book published on " To Jesus Christ the High Priest of my confession: A personal Testimony." find it on http://www.amazon.com/Christ-Priest-Confession-Personal-Testimony/dp/1507706847/ His testimony in short form is published in "Trials and Triumphs II" on http://www.amazon.com/Trials-Triumphs-II-FaithWriters/dp/1498416012/. This book is filled with 50 inspirational testimonies and is a project of Faith Writers.
Previous Abandoned Dachshund Returned to Owners
Next A Time Not To Hide