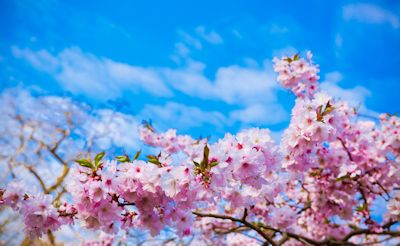 It was not just another day of business as usual at the Burger King in Allentown, Pennsylvania, on September 15, 1986. A newborn was found on the bathroom floor. Her biological mother had conceived her because of being raped at the age of 16, during a trip in a foreign country. Because she did not want to encounter questioning at a hospital, she chose to leave the infant in the Burger King, praying and hoping that someone would provide a good home. On Monday, March 24, 2014, as a result of her story on Facebook to find and be reunited with her natural mother, which was shared over 27,000 times, the mother and daughter met for the first time after 27 years.

At the reunion, her mother explained the circumstances and her daughter, now 27 years old, forgave her “110 percent, absolutely.” The attorney who has been handling the case said that abortion had never been an option. The daughter, who is now named Katheryn Deprill, said, “I got the hug that I had been wanting for the last 27 years…” She is now married with three sons and is an Emergency Medical Technician.

From a baby abandoned on a bathroom floor to an EMT 27 years later, this is a story of each life having potential and value, no matter what the circumstances. It is a human illustration of God’s divine love for each of us, for no life is wasted in His eyes. He meets each one of us right where we are, lying on a “bathroom floor” and makes something beautiful out of our lives. God doesn’t look at our past, but at what we can become. And how many times have we abandoned Him, but God takes us back to his arms, gives us a great big hug, and forgives us?

Psalm 139 tells us that God formed our inward parts, and wove us in our mother’s womb. He saw our unformed substance. All our days were ordained for us and written down before we were ever born. One life spared in even the most dire of circumstances, is now helping to save the lives of others. We will never know how many people have lived because of this one life found on a bathroom floor 27 years ago.

John Livingston Clark is 67 years of age and lives in central Washington State. He has written two published books, and two published poems. His initial book is called, " God's Healing Hope: Breaking the Strongholds of Wrong Thinking." His second book, released in December of 2016, is a motivational book written to seniors titled, " Seniors: Are You Retiring or Recharging?" Both books are available on amazon. You can also view his writings on www.faithwriters.com. John is available to speak on a variety of topics. Visit me at jclarkministries.com
Previous Susanna’s Way
Next God Really Cares