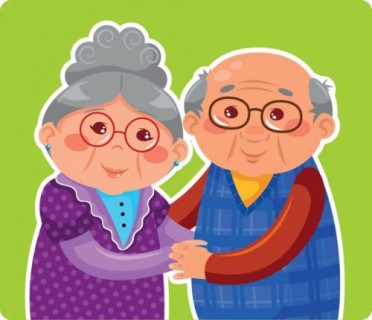 Was it love at first sight? Or did they grow in love with time? Either way, one thing was certain. They were in love. Not the watered down kind many profess to have, or the kind that dies overtime instead of growing stronger. They had the “beetroot-stain” love; it’s forever (For love is as strong as death… Many waters cannot quench love; rivers cannot sweep it away. If one were to give all the wealth of one’s house for love, it would be utterly scorned. Solomon 8:6-7) Time verified these assumptions, as Melvin and Doris have been married for sixty years. That’s almost triple my age!

Melvin has Alzheimer’s; he’s eighty three years old. Though he couldn’t remember if he had asked his wife to marry him, or if it was the other way around, certain information remained to keep the mind company. The day before Mother’s Day, Melvin went out walking. There had always been someone with him to secure his safe return, but this time he left unannounced. His wife later called the police to report him missing. (I opened for my beloved, but my beloved had left; he was gone. My heart sank at his departure. I looked for him but did not find him. I called him but he did not answer. Solomon 5:6)

They found him two miles away from his house. He might have forgotten his address, but he was clear on the mission he set out to accomplish. The policemen offered to take him home; he refused. Well, at least not until he got what he went out looking for.

What was the mission? Getting flowers for his wife. 🙂

Since the birth of their first child, Melvin had consistently bought Doris flowers every Mother’s Day. He wasn’t going to allow this memory-eating-disease to break his tradition, nor his humble expression of love for his wife. The policemen took him home—after making a quick stop for flowers. Melvin’s quest was so touching, that when his money wasn’t enough to cover the cost for the flowers, one of the officers paid the difference.

(Listen! My beloved! Look! Here he comes, leaping across the mountains, bounding over the hills. Solomon 2:8) To say that Doris was overjoyed by her husband’s return would be an understatement. She saw the flowers in his hand and needed no explanations. The two halves were again one. (My beloved is mine and I am his. Solomon 2:16) Doris said something that I will never forget. She said, “Even though the mind doesn’t remember everything, the heart never forgets.”

Amelia Brown is from the beautiful island of Jamaica. She is a 28 year old Guidance Counselor by profession, but a passionate writer at heart. Most of her articles written are aimed at stimulating positive change under the guidance of the Holy Spirit. She is also a published poet and a member of Faithwriters. Outside of writing, she enjoys volunteering, cooking, and turning frowns right side up. Amelia currently lives in New York.
@ameliambrown
Previous Never Too Young: A Message To Our Youth
Next Binding the Thief and Taking Authority