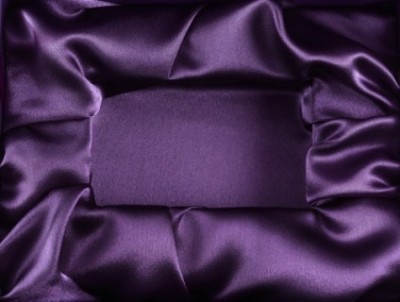 Eighty years ago, it was a gold stick pin with small diamonds on each end. My great-grandfather wore it on his lapel for special occasions. In 1954 it was made into a ring with a white pearl on top and given to my mother for her eighth-grade graduation gift. From there, it was passed on to me on the occasion of my eighth-grade graduation. Eventually, I gave it to my younger daughter on the same occasion. While it was not of great monetary value, it was of value to our family.

My daughter wore the ring through high school. When she cleaned out her locker for the last time before her high school graduation, the ring slipped off her finger and she was unable to locate it again even when the locker was cleared. She reported the missing ring to the school office in hopes that someone would find it and turn it in. But no one found it, and it remained missing after graduation day.

We all know the fear and sadness of losing something precious that cannot be replaced. I have always prayed for God’s help in those times, believing that He delights in answering those prayers just as much as He does any other. I prayed that we would find the pearl ring, knowing that God could show us where it was–I believed He could even return it to us.

I put the ring out of my mind, but prayed occasionally when I remembered it. About a month after graduation, I was going through the remainder of my daughter’s high school notebooks and supplies . Included in the pile were several bags–I could see that they’d already been emptied. As I began to collect them I did something I never do…I opened one of the empty bags and looked inside. There, in the bottom, was the pearl ring!

That evening I mentioned to my daughter how glad I was that she’d found it, and that I’d almost thrown it away.She was confused because she had not found the ring… We both realized what had happened. God had directed me to look in that one bag and see the ring in the bottom before throwing it in the trash.

God is very interested in all the concerns, cares, and struggles we face. And He will answer us when we asked for His help. Sometimes, we may think that our need isn’t as important as others, and that we shouldn’t pray about something “small”. But nothing is hidden from Him, He cares about everything that concerns us–even a lost pearl ring!

My husband Dan and I have three children and three grandchildren. We live in central Illinois. I am a graduate of The Institute of Children's Literature, a member of faithwriters.com, and a member of SCBWI. My writings have been published at chirstiandevotions.us, in DevotionMagazine, the PrairieWind Newsletter, and here at thebottomline.co.
Previous 19 Kids and Counting
Next The Year of Blessed Victory