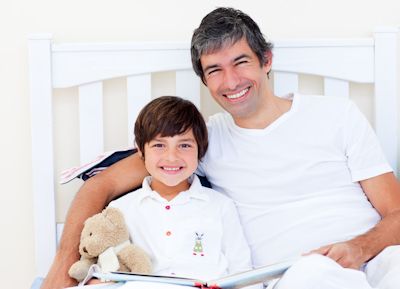 Robert: kindergarten boy, bright, youngest of five siblings, filled with a passion for books.  He beamed each time he thought of his most treasured possession, a set of Little Golden Books which he had received for his birthday.  They were his, alone, not  the usual hand-me-down.

One day at supper, Robert bubbled out the great news…his school planned to host a book fair.  He had no idea what that entailed.  He only knew it had something to do with books and all the fairs he had been too had rides, cotton candy, popcorn, and peanuts. He could hardly keep his little self contained imagining what it would be like…a book fair.  And, the best news of all?  Robert’s daddy told Robert he would take him to the fair.  Life couldn’t get any better for a kindergarten, book-loving boy.

Monday found Robert filled with great anticipation waiting on the curb in front of the school as his daddy parked across the street.  Robert watched the car window slide down and then his father’s arm motioning him to come.  Robert slowly crossed the street and before closing the passenger door, he said, “Dad, book fair.”

“Tomorrow, I promise,” his dad replied.

Tuesday, Wednesday, and Thursday all played out the same.  Dad  would park across the street, roll down the window, then wave Robert to the car.  Always, Robert would say before closing the door, “Dad, book fair,”  to which came the reply, “Tomorrow, I promise.”  Although disappointed, Robert still trusted that his dad’s word was good.

When Robert’s dad pulled up on Friday, he rolled down the window motioning Robert to the car just like the four days previous.  This time Robert stood firm.  He didn’t move.  Robert’s dad had worked late the night before and had awakened just to pick him up from school.  He had thrown on the nearest clothes available…an old tee shirt, dirty jeans, and no shoes.  He opened the car door and strode across the street.

“Tomorrow, I promise,” came the usual reply.  Even as a kindergartener, Robert knew there would be no tomorrow for the book fair.  It would be over on Saturday.

The two exchanged words.  Then Robert’s daddy took Robert’s young hand.  Together they entered the school and headed down the hall – old T shirt, dirty jeans, bare feet, and all.  Robert gasped as they entered the room.  This was really it!  No rides and no cotton candy, but shelves and shelves of books – wonderful, exciting books.

Robert’s daddy kept his word.  He was devoted to his son even to the point of embarrassment because of the way he was dressed. Although it looked as thought it might never happen, Robert kept faith in his dad’s word.  He was patient and the promise prevailed.

Our God is even more faithful than a mere mortal father.  And, yes, there are times that we must wait on His promises to come to pass; but, like Robert, we can know that our Heavenly Father is good for His word. (Deuteronomy 7:9)  He is committed to His children – even to the death.

*A true story told at church this past Sunday.  Shared with permission.

I just love walking outdoors - day or night. I identify most with the creative side of God and am energized by His artistry all around this world. He amazes me every time I turn around! Yeah, God and thank you, Jesus.
Previous I Passed The Test!
Next Hearing God Speak