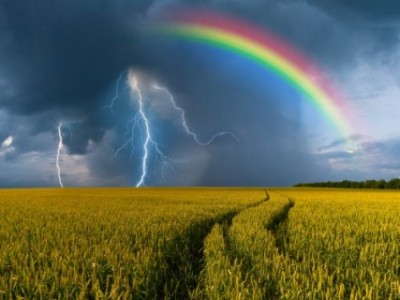 The Supreme Court recently ruled that it is not unconstitutional to open public meetings with an invocation prayer. That is a win for religious freedom in America. Actually this should not even be news-worthy. Our Constitution does ensure this right for us. So what makes it so ‘controversial?’

With the increased disdain in the public square for just about anything Christian, the right to pray in public has now become controversial. It does seem ironic that the religion that supports the right of every individual to worship as he chooses is the same religion that is now under persecution. What is it that makes the Christian faith so offensive? Is it the faith or its followers that are responsible? Perhaps it is a bit of both.

The pilgrims endured great hardship to come to America for the purpose of religious liberty. This is a noble cause. Yet within every noble cause lurks a human capacity to defile it. Humans will fail. They will sin. They will fall from grace. The Christian message is that we can escape our deserved punishment if we believe on the Lord Jesus Christ. It truly is amazing grace. We can do nothing to earn it because it is a gift. Jesus freely offered Himself up in our place. The message of freedom from sin is sometimes confused with freedom to sin… since God is gracious to forgive. True Christians do not believe we are free to sin. We believe that though we attempt to follow God and His commands, we will still fall short. We believe it is our responsibility to share this message of hope. Christians don’t believe it is our responsibility to force anyone to believe it.

However, there have been ‘Christians’ in the past, as well as some today, who believe that it is. The Crusades and the Salem witch hunts are examples. Those who participated in these things must have believed them to be righteous causes. They were eliminating what they viewed as evil. But killing in the name of Christ is never biblical and is clearly wrong.

So what are we to do then? Never take a stand? Never risk offending anyone by praying in public or sharing our faith? Certainly not.

“He is ready to separate the chaff from the wheat with his winnowing fork. Then he will clean up the threshing area, gathering the wheat into his barn but burning the chaff with never-ending fire.”
Luke 3:17 (NLT)

We are to live holy lives. This automatically puts us at odds with society. We are to be set apart, but not self-righteous. Living our faith daily, following our own religious convictions, daring to pray in public or to share our faith is what sets us apart. – It is also what sparks controversy.

Immediately following the court decision in May, one atheist made his request to ‘pray’ at the town hall meeting Greece NY, the town which prompted the case. Of course to call it ‘prayer’ seems ludicrous since to pray is to appeal to a higher authority. Delivering the opening speech is not praying, and that is fine for him. This is the beauty of freedom. Those who would prefer to seek the guidance and wisdom of our omnipotent God are certainly free to pray to Him and even for the man as he gives his speech. That is the love of Jesus and the beauty of faith. There is no persecution involved in hearing the  prayer of someone who believes a different faith (or the speech of one who is without it.) It is called behaving like an adult. Not everything must turn into a court battle.

In contrast, Maryland local County Commissioner Robin Bartlett Frazier decided to defy a temporary injunction ordered by US District Judge William D. Quarles against sectarian prayer at board meetings.
The commissioner has stated that she is willing to go to jail for her Christian faith. This certainly is religious persecution?

A time may come in the not-to-distant future when I must ask myself if I am willing to be jailed for my faith. Will I let the fear of religious persecution keep me from sharing the gospel or living out my faith? Do I now?  What about you?

Wheat or chaff, which will it be?

Melinda is currently the worship leader at her small church in rural America. Married for 23 years, she and her husband Larry have one son. She is the Director of Mailing in the print/mailing industry by day and freelance author by night. Her desire to write is a passion borne from tragedy. God used it to take her faith to a much deeper level. Melinda is a freelance writer and member of FaithWriters. She joined the TBL team in March 2014. Believing we are citizens of a greater ‘kingdom,’ her articles for The Bottom Line examine governmental responsibility, citizen involvement and current political topics. With the great wisdom contained in scripture as her guide, she looks at today’s political environment from a Biblical perspective. She prays her words will prompt the reader to view citizenship - and every aspect of their life, through the eyes of faith. Col 3:17 To read more of Melinda’s writings on her faith, hope, and life visit her blog Still Living Still Loving or her page at Faithwriters.com. You can also follow her on Twitter @MKZbk.
@@MKBzk
Previous Jesus Stood Still
Next Christian World View